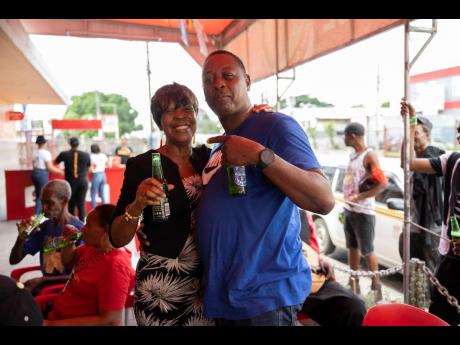 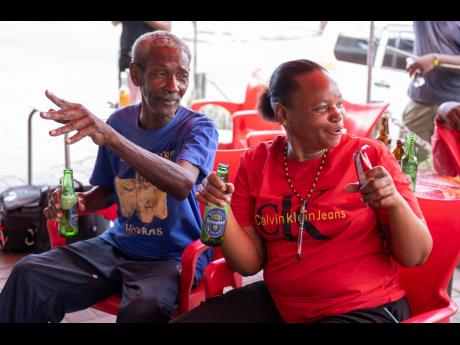 The animated pair of Homez Stennett (left) and Julian Myrie could not keep quiet during the match. 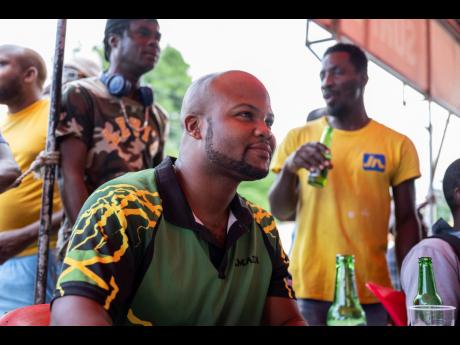 Radical’s eyes were glued to the television set. 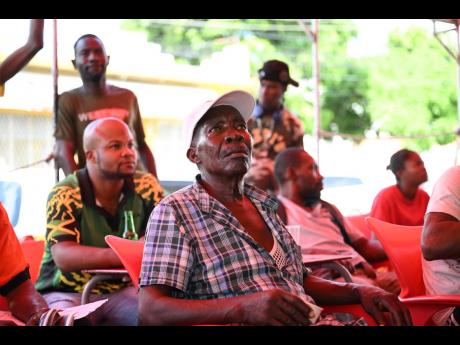 Several persons turned up at Sonia’s Place on the Terrace to watch the first match of the 2022 World Cup yesterday. 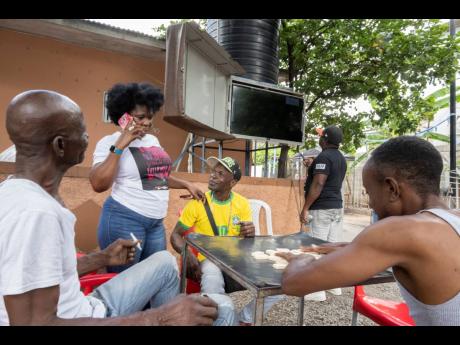 Football was on the television and dominoes were on the table. You don’t have to ask which sport got the attention of these patrons. 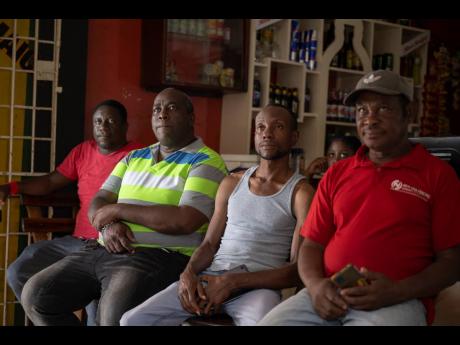 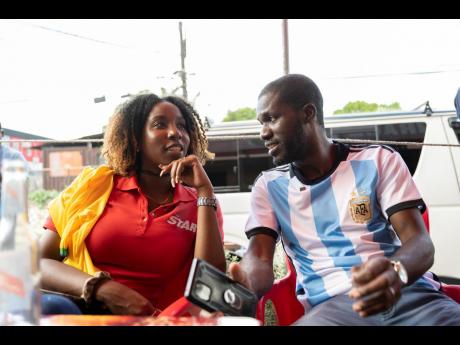 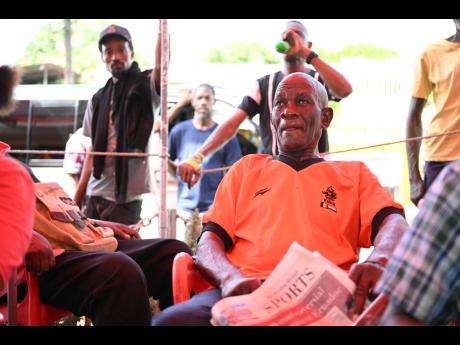 Audley Spence held no punches as he heaped scorn on predictions that Brazil could win the 2022 FIFA World Cup.

The proprietor of Sonia's Place on the Terrace, located off Waltham Park Road in Kingston, couldn't resist taking a jab at the the growing number of Brazilian fans who appeared impatient to see their team lift a sixth World Cup. After all, Spence is a Germany supporter.

"If Brazil win my mother a man!," he exclaimed.

But no sooner that he made the comment his mother, Lorna Johnson, appeared. Spence immediately zipped.

There was laughter but the joke was on him.

Johnson had a broad grin on her face as she approached her son. But instead of the good old spanking, she gave out a hearty laugh and then extended her arms. Spence fell into her warm embrace.

The Brazilian fans were silently hoping the businessman would get a nice spanking, which could be a prelude of the licks they want to see inflicted on Lionel Messi's Argentina and all other title challengers in Qatar.

Spence's team, Germany, opens their World Cup bid against Japan on Wednesday. His mother, who describes herself as a football novice, is hoping, for his sake that Messi becomes a world cup winner.

"I want Argentina to win the World Cup because Messi is my son's favourite football player. He is always talking about Messi this and Messi that," said the Johnson.

Like her son, the 71-year-old spent a portion of yesterday mingling with ardent football fans who gathered at the watering hole to watch the tournament's opening game between host nation Qatar and Ecuador. She told THE STAR that she headed straight from church to the venue, having been bitten by the World Cup bug.

"I am surprised that I am so excited about football being that I am a long-time cricket fan. So even though service normally ends before midday, I found myself thinking about the game whilst at church," Johnson said while laughing.

Like Johnson, Julian Myrie had her eyes on the clock from early in the day. She was not in church though. Myrie, a taxi operator, parked her cab and was watching the clock. She couldn't wait until kick-off.

"Normally mi come out like say 8 o'clock inna di morning on Sundays, but because mi nuh waah the match fi miss me, mi deh a road from bout 6 a.m. a see weh mi can get before the match because it is the first game kicking off and I have to be a part of it," Myrie said.

Myrie is a big Brazilian fan, but yesterday she was rooting for Ecuador. With her roasted peanuts in one hand and a Heineken 0.0 in the other, Myrie cheered on Enner Valencia and his Ecuadorian teammates as if they were Reggae Boyz. She has, however, reserved the Samba boys until Thursday when Brazil start their campaign against Serbia.

"A Brazil to di world enuh, and dem have some strong players this year like Neymar. I am watching football from Jamaica went to World Cup (in France 98') and beat Japan," she said, while claiming to be an admirer of Brazil's legendary forward Ronaldo.

Meanwhile, Spence despite not wanting to see Brazil crowned champions, is a fan of Neymar but he is not a supporter of of the Samba boys.

"Mi grow inna di 80s and Jamaica was dominated by Brazil then. But mi cousin introduced me to a side name West Germany inna 1982. Colour TV came out, just before the World Cup, and I was fortunate to have one. Germany was the first team I got to watch in a coloured jersey and is from there it created something deh so," Spence said.

He said that his admiration for Messi cannot supersede his desire to see Germany to win the World Cup.

"Here how it go now, yuh know when yuh see a baller and admire him no matter who him belong to because you see the greatness inna him? All my years mi a watch football, Messi is the wickedest thing inna life me ever see. Him play Germany and lose inna di finals (World Cup 2014) and mi did want him fi lose because a Germany mi grow up bringing as a national team, Messi is just my footballer on a personal level," he said.