Man says he was beaten by soldiers 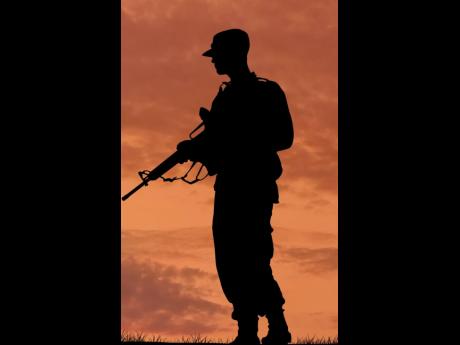 A 23-year-old security guard on Thursday alleged that he was gun-butted several times by three members of the Jamaica Defence Force (JDF) in the St Andrew South Police Division.

A visibly-shaken Joe*, and his mother Sharon*, turned up at THE WEEKEND STAR's North Street offices in downtown Kingston with what appeared to be bruises to his right cheek that also appeared swollen. He alleged that he sustained the injuries when the soldiers kicked open his front door and entered his room demanding answers.

"Dem come and a ask me a who a run di place and mi must give dem a name or else it nah go nice. The amount a gun butt and box up me get, and all me a tell dem say mi no know nothing because me is a hard-working youth, dem still a beat me," he said, adding that his eyes flashed before his eyes "when dem have mi on my knees with the rifle a point inna mi head back".

Joe said that the ordeal lasted for about 30 minutes.

"Them tell mi say mi affi give dem a name or else mi no stand a chance. So mi just say a name because me face started to sting me and the lick dem weh dem gimme inna mi side wid the gun dem did hot," Joe said.

He also alleged that the soldiers threatened him not to report the incident.

"Dem say mi fi tell people say a mi girlfriend beat mi up. One a dem even say dem a go come back fi me because dem know weh me live," he said, while emphasising that he now feared for his life.

According to Sharon, her son has been working as a security guard since 2019. She said she got angry when he called her to tell what happened.

"Dem more than out of order, a my son dem wah come kill? Or fi come tek a set pon? When he called me to tell mi about the issue, mi rush come home because dem nah go kill my pickney fi nothing just so," said a fuming Sharon, who said she plans to report the matter and to also take legal action.

Commissioner of the Independent Commission of Investigations Hugh Faulkner told THE WEEKEND STAR that his office was investigating a report of excessive force used by soldiers since Prime Minister Andrew Holness declared states of public emergency (SOE) on Tuesday.

"If the person is within the Corporate Area, he or she can come to our number 1 Dumfries Road offices (in New Kingston) and make a complaint. We will create a file and commence an investigation on it. We have had at least one report of alleged assaults during the SOE, which our team is already investigating," Faulkner said.