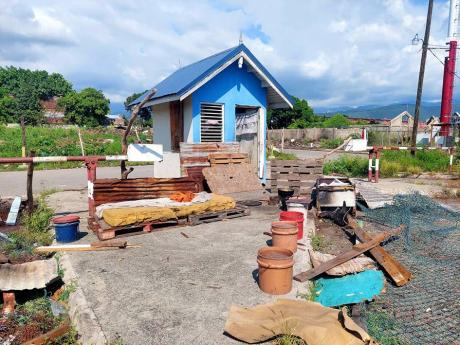 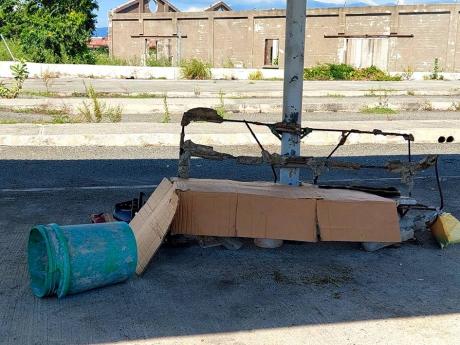 A makeshift bed inside the transport centre. 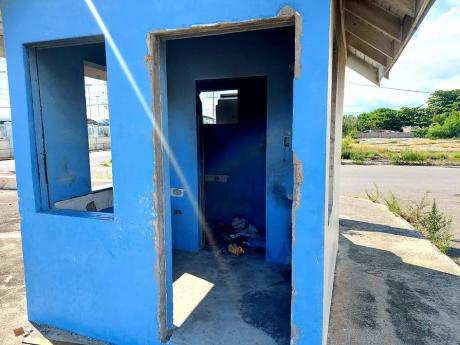 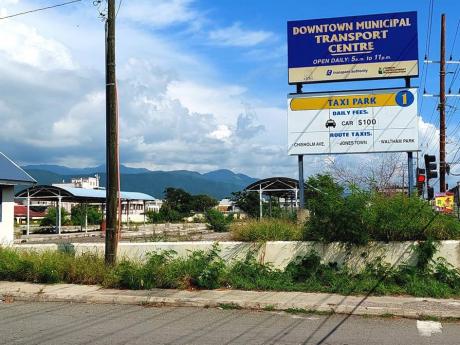 In the five years since he has made the compound of the Downtown Municipal Transport Centre at Water Lane in downtown Kingston his home, Trevor said he has never seen a taxi parked there.

Built in 2011, specifically for taxi operators to use, the transport centre formed part of the then government's vision to reduce congestion in the downtown Kingston area. Some taxi operators who terminate in the busy market district were instructed to use the facility, but the cabbies refused to utilise it, stating that it is too far away from the heart of the city.

Save for Trevor and another man who would have been homeless had it not been for the security post, the taxi stand is a deserted facility. In some areas, it is being strangled, a section of the perimeter wall has been broken down -- seemingly by persons to pilfer the steel used in its construction -- and the bathroom and security post were filled with debris.

When THE WEEKEND STAR visited the facility on Wednesday, Trevor was seen lying on a broken concrete bench inside the park.

"Mi deh yah fi nuff years now and the only time me see anything gwan in yah is when dem send people fi chop down di bushes dem when dem grow too high," he said.

Another occupant, Oney, who built for himself a make-shift house west of Trevor's, said the unused park highlighted the wasteful manner in which politicians have managed the country's purse. He believes that the park should have never been built in the first place as its location was not ideal for commuters doing business in the Parade area of downtown Kingston.

Taxi operators who terminate in the downtown Kingston area have been complaining about the absence of a facility from which to operate. They have, however, rejected suggestions for the Water Lane facility to be the designated taxi stand to operators in the city.

Egeton Newman, president of the Transport Operators Development Sustainable Services, opined that the time has come for the government to use the Water Lane centre to allow all public passenger vehicle going to Portmore, Spanish Town and beyond to utilise that facility, including the Jamaica Urban Transit Company (JUTC). He, however, noted that one of the biggest fears is that it is not safe for passengers to walk to the centre, especially after 5 p.m.

"The Government can put in the necessary security as downtown is coming back little by little now and we talk about putting back in a train system from downtown to Three miles and things like that," he said. "We believe that now is the time to restore the Water Lane transport centre to its original use, but the JUTC is our biggest problem. They don't want to go down there. They want to remain in Parade, where the bulk of the people are, and if they remain there, the taxis are gonna stay there. Put the buses at Water Lane and all taxis will follow suit and passengers knowing that they have to go there, will follow suit."

Several taxi operators who parked their vehicles along Pechon Street in the vicinity of the nearby bus park said that from day one it was not feasible to use the park.

"No taxi man a guh stay dung deh so and wait 45 minutes to an hour before him can see one passenger who might not even be going his route. Time is money in the transportation business and the Government should a know that before wasting so much money and build it," said Patrick, who plies the downtown to Seaview Gardens route.

Repeated attempts to contact Robert Hill, CEO of the Kingston and St Andrew Municipal Corporation, the government agency tasked with managing the facility, proved futile up to press time on Thursday.