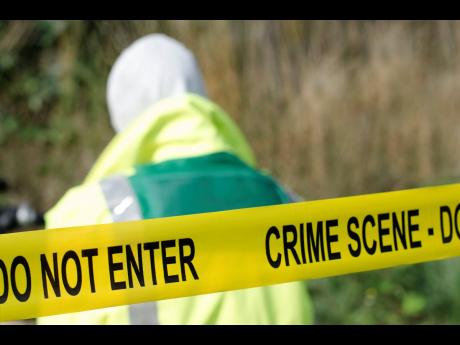 Wynter was gunned down along Constant Spring Road in Half-Way Tree yesterday by thugs. The cops said that Wynter, 40, an alleged don in the community of Spanglaz, in downtown Kingston, terrorised citizens with his ruthless criminality. Senior Superintendent Marlon Nesbeth, the commanding officer for the St Andrew Central Police Division, said Wynter's name was linked with a lengthy list of criminal offences including murder and fraud.

"He tends to be a hitman and major fraudster in the Corporate Area and other places. We have had him on radar for several years now, over 10 years to be exact," he said. Nesbeth said that Wynter was approached by two men who opened fire at him wantonly.

"He was shot several times in the upper body," Nesbeth said, before adding that an innocent bystander was also shot during an ensuing shootout between the police and the killers.

"However, her condition is not very serious but the overall situation is very unfortunate. The shooters were taken on by a team of police, we don't know if they were hit, but we haven't been able to locate them," Nesbeth said.

Superintendent Berrisford Williams, who leads the Kingston Central police, said that Wynter was on the police's radar for a number of criminal matters.

"But he was keeping wide because we had our eyes on him for a number of serious offences. He was a person of interest causing serious problems in the space," Williams said.

When THE STAR visited the deceased man's Chancery Lane, downtown Kingston, community, a relative refuted that he was a don and said that Wynter was preparing to leave the island as he was tired of his name being linked to wrongdoing.

"Him a no troublemaker but him can defend him thing. Him nah trouble yuh if yuh no trouble him, and a family him say straight," the relative said. "Him deh yah and thing and if a no uptown him a go, Ochi or party, him no come road. Him never own a passport, so mi tell him say a better him get him papers dem and leave the place. A him book him deh yah a wait pon, but him go pon di road today go sort out some more papers because him a look fi cut soon."