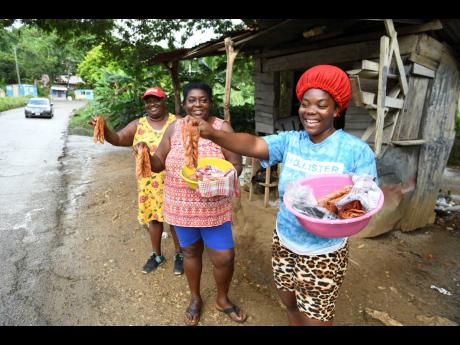 This is shrimp country! 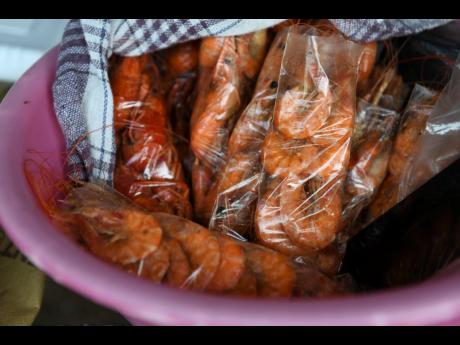 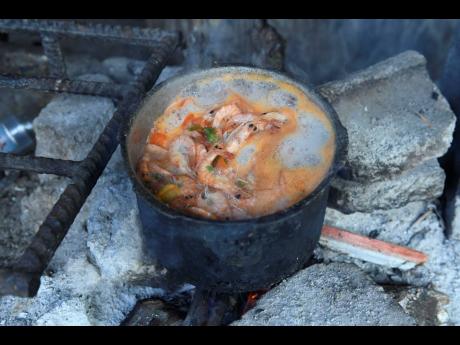 Shrimp being prepared on the wood fire in Middle Quarters, St Elizabeth. 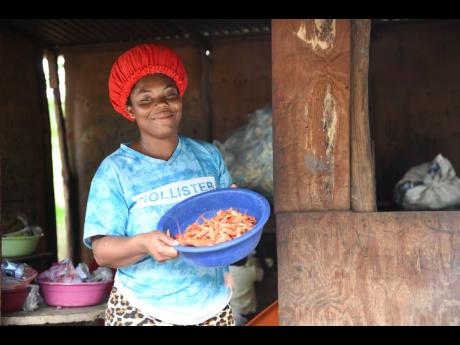 Peppered Shrimp is a staple cuisine in Middle Quarters, St Elizabeth. One of the purveyors of this delicacy is Lashanna Loutin, known to many as 'Zella'.

Zella told THE STAR she first started learning the trade as a child, when she came out to help her mother.

"I start selling shrimp like about when u was 10. Mi used to come out and sell on weekends -- like Saturday and Sunday-- and during the week mi go school," she said.

Now 30 years old, Loutin is well-known in 'shrimp country', where she sells her red-hot peppered crustaceans to passing motorists. She describes her daily hustle as enjoyable, especially when she and her colleagues jostle to get patronage from would-be buyers.

Loutin said her love for the peppered shrimp business is the main reason she has opted to continue in the business she has been doing for the past two decades. She has five Caribbean Secondary Education Certificate (CSEC) subjects and a certificate in data operations from the HEART/NSTA Trust.

"Mi nuh know if a chu mi grow up inah it from me a 10," Loutin said, as she spoke about the joy of being her own boss. "Basically, wah you make out here people nah guh really pay you that, so mi just seh mi a guh conitnue that."

While she enjoys her work, Zella said she often gets emotional when she thinks about her mother, who recently died.

"She's the one that taught me how to make shrimp. She passed off last year August," Zella said.

"Mi out here with her every day, so when she gone me kinda miss har and everything. In a way, sometime mi siddung and mi think. Me wish if she coulda deh here. Sometimes it break mi down, sometime mi just foget 'bout it, sometime it just chip in back wid mi memories," the shrimp vendor said.

Unlike in the early days when she followed her mother to the roadway to sell shrimp, Zella has decided not to take her children. She wants them to take a different path.

"Mi a pray, Father God, fi dem nuh come out yah come do it. Mi a pray, Father God, fi dem get bigger job weh dem can come take care of themselves. Because sometime out here you get ups and down, you have fight enuh, and mi wouldn't want dem come siddung inah the struggle. Sometime you siddung inna rain; you get sick, you get better. Mi woulda want them fi get a bigger job. Mi want me fi be the last fi come out here come sell shrimp," Zells said.