Rockfort teen spurred on by passion for fashion 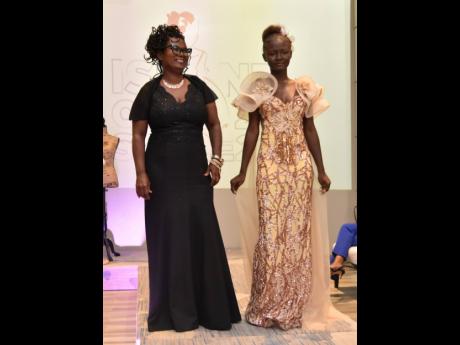 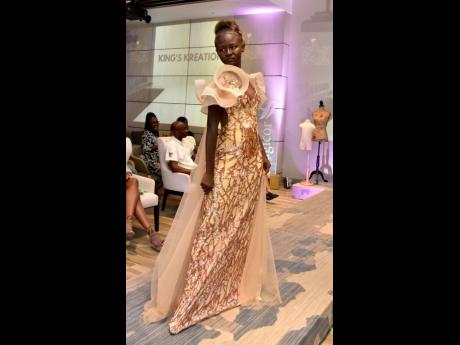 Jahchrisi Beadle struts the catwalk at the launch of the Island Child Style show, held at the AC Hotel, Lady Musgrave Road, on Monday.
1
2

Hailing from the Rockfort community in east Kingston, the mother-daughter duo of Pebbles King and Jahchrisi Beadle has long been driven by their mutual love for fashion.

King, who has been a fashion designer for more than two decades, told THE STAR that ever since her daughter was born, she's been taking her to fashion shows.

"I go to SAINT International because I'm a SAINT designer, so whenever I go to a show, she's always been to every show. I don't leave her," she said. However, she recalled that it was when Jahchrisi was five years old that her admiration for the models she saw sauntering on stage truly took root.

"I went to my mommy's fashion shows and I'd see the models and I'd say, 'Me wah be like them. Mi wah walk inah pretty dress'," Jahchrisi, 17, recalled.

Her opportunity to walk the runway came years later when she saw an advertisement for the Island Child Style Fashion show in 2016. But Jahchrisi said that after she started her journey to becoming a model, she had a humbling experience at a school pageant.

"There was this pageant at my school right and I was on the runway and this little boy shout out in the crowd 'Dah one deh nah nuh teeth'. Because I had rotten teeth, at the times I couldn't smile," she said. As a nine-year-old dying of embarrassment, she used that moment to build her confidence.

"I didn't want to speak to no one, I was antisocial. But since I've come to be bold, they say 'Smile, you're pretty' and it builds my confidence so I say yeah. From that me a smile," she said.

King shared that while she is happy her daughter caught the fashion bug from her, she is more proud that she balances her passion for fashion with curiosity in the classroom.

"I'm very proud of her. She is not just a model but she's academic. She loves science," she said. King explained that being from currently tense community in east Kingston, she has always taught her children to 'own their space'.

"Anywhere we go we own it. It's not where you come from, enuh, it's what you're going to do. And that is what I always teach them, so own your space. No one will know that you're from the garrison until you tell them, so wherever you go you own it," she said.

Jahchrisi, who is a student at Camperdown High School, told THE STAR that she got six passes at the Caribbean Secondary Education Certificate level. She has her sights set on finishing sixth form, then jetting off to the Massachusetts Institute of Technology in the US where she will pursue her joint passions of modelling and computer engineering.

"I think I can have it all. The sky is the limit. I can go to university while doing modelling. So you can expect new programmes and a great model on the runway," she said.

Both King and Jahchrisi will be part of the Island Child Style Fashion Show on December 3 where Jahchrisi will model her mother's designs in her collection titled 'King's Kreation'.