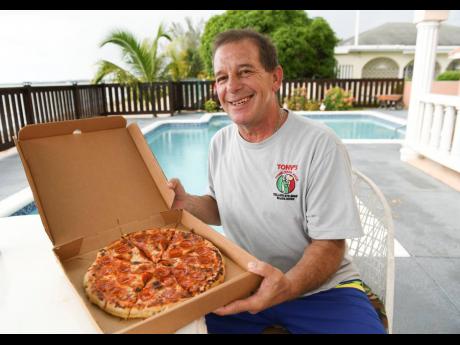 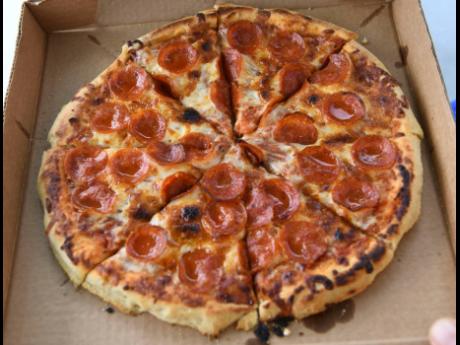 One of Rebhan’s signature pizzas. 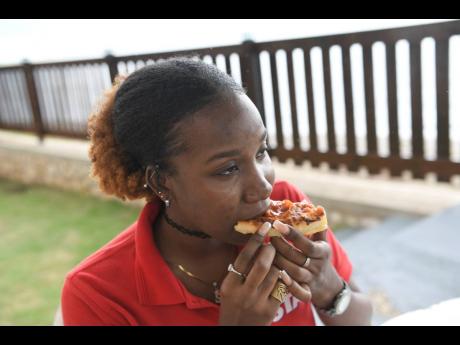 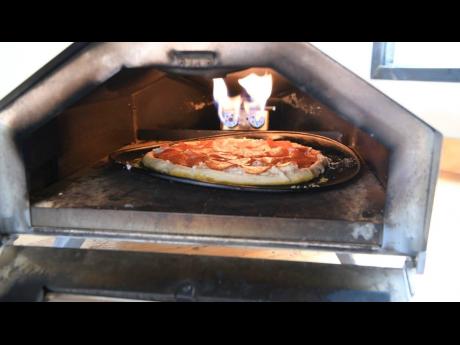 When Tony Rebhan moved back to Jamaica in 2014, one of his main grievances was that the section of Black River in St Elizabeth to which he relocated didn't have a pizza place.

With that in mind, and the need to honour his recently passed Italian mother's memory, Rebhan started Tony's Home-Made Pizza.

"When we were building this [referring to the house that he moved to Jamaica to build], I couldn't treat the guys to pizza on a Friday. We'd have the same old lunch every day," he said.

Originally born in Mandeville, Manchester, Rebhan and his parents migrated to Boston, Massachusetts, when he was nine years old. After spending his entire adult life in the US, he moved back with his ailing parents. Rebhan took care of them while they spent their last days overlooking the beach in the breadbasket parish. But with finances running low, the retired carpenter needed a way to make an income.

"It's hard to make money in Jamaica, and I said the town still didn't have a pizza place. So I put a little 10 foot by 10 foot addition on to the old helper's room and built a little pizza kitchen, and so here I stay," he said.

Rebhan now serves pizzas ranging from $800 to $3,300 and offers free delivery. Some of his toppings include Hawaiian, veggie, jerk chicken, lobster, and his bestseller, pepperoni.

While seemingly novel to the Black River area, he told THE STAR that he has been making pizzas from as early an age as nine but never to sell.

"I watch my mom and my grammy. It's poor man's food - bread and cheese and tomatoes," he said. "I used to make pizza with my mom in Mandeville. Every Friday night I used go down to my aunt's house and she would make anchovy pizza."

Rebhan said now that both his parents have passed, he feels connected to them when he makes pizza, especially when he uses uncle Harry Rossetti's 20-minute sauce, a tomato sauce recipe that has been in the family for generations.

"When your mom is Italian, you're always surrounded by tomato sauce, pasta one day, pizza the next. There was a pizza shop on every corner ,and each one was better than the next," he said.

While Rebhan said it is difficult to run his entire operation with little to no help just months after having knee-replacement surgery, he is happy to bring food diversity to Black River.

"So they can have that option of knowing 'Hey, I can go to this little pizza shop and get this thing that tastes so good'. A small pepperoni is like $1,000 and that is like the best deal in Jamaica. Just so they can have something different. I love Jamaican food just as much as you and you, but every day? I just wanted to give the town a different option for when they have the munchies and they want something delivered for free," he said.