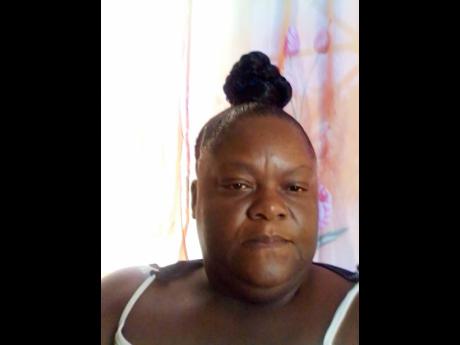 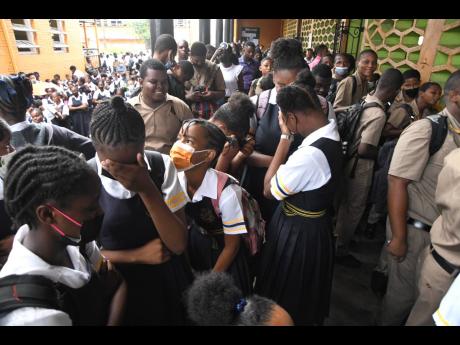 Kingston Technical High School students at devotion yesterday as they continue to mourn schoolmate Michion Campbell, who was stabbed to death on the school compound last Thursday. 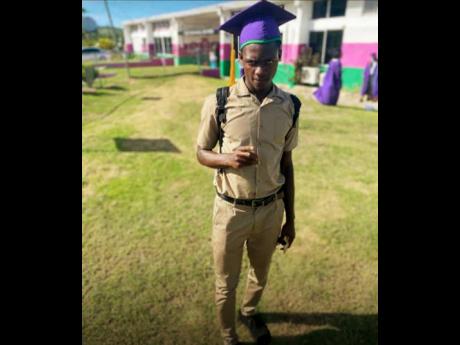 Natanish Roach felt a gut-wrenching pain last Thursday when she heard about the death of Kingston Technical High School (KTHS) student Michion Campbell, who was stabbed by another student with whom she had a dispute.

Roach, who lives in Trelawny, said that the news of Campbell's demise took her back to the worst day in her life -- March 21, 2022 -- when her son, Khamal Hall, was stabbed to death at William Knibb Memorial High School by another student.

"The whole memory of what happened to my son come right back to mi," Roach told THE STAR during an interview yesterday.

Roach, despite not knowing Campbell's parents, said she can imagine what they are going through.

"It is hard, and I feel their pain," said the mother, adding, "God will tek care of it all."

While shaking her head as she reflected on her son's life, Roach said that is it hard for any parent who sends their child to school to accept that he has been killed in a learning institution.

"Nowadays pickney dem too evil. Dem pass the weapon through the fence an pass security clean. Cameras have to be all along the fence," she opined.

The 16-year-old student accused of Khamal's murder is set to appear in court on October 24. Yesterday, the police charged the 17-year-old schoolgirl who is accused of Campbell's killing with murder. She was charged Monday afternoon following a question and answer session. She will appear before the Corporate Area Criminal Court on Friday.