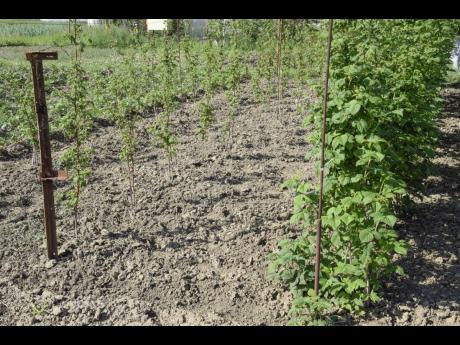 A man has been caught on camera taking a poo in his neighbour's garden.

A homeowner has taken to Reddit to share footage of his neighbour pulling down his pants and defecating in the garden.

The time-stamp on the footage shows that the incident in the US occurred at 4:11 a.m. on September 19.

Alongside the jaw-dropping footage, the resident wrote: "I have the s******t neighbour."

Reddit users were understandably shocked by the CCTV footage.

One user wrote: "Hope most of it landed in his own pants, judging by the angle he attempted to drop a load."

Another user proposed a possible punishment for the neighbour.

Sales of Nostradamus books have increased since the death of Queen Elizabeth II.

-- who died on September 8, aged 96 -- and sales of Nostradamus: The Complete Prophecies for the Future have spiked in recent weeks.

The prediction stemmed from a loose interpretation of the philosopher's work from the 16th century by author Mario Reading.

Reading claimed that Nostradamus correctly predicted that the Queen would pass away in 2022.

In his book Nostradamus: Complete Prophecies for the Future, Reading

wrote: "The preamble is that Queen Elizabeth will die, circa 2022, at the age of around 96, five years short of her mother's term of life.

"Prince Charles will be 74 years old in 2022, when he takes over the throne. But the resentments held against him by a certain proportion of the British population, following his divorce from Diana, Princess of Wales, still persist."

NASA has deliberately flown a spacecraft into an asteroid.

The American space agency engineered the collision with the asteroid to test whether the rocks could be safely destroyed.

Dr Lori Glaze, the director of planetary science at the space agency, subsequently told reporters: "We're embarking on a new era of humankind, an era in which we potentially have the capability to protect ourselves from something like a dangerous, hazardous asteroid impact. What an amazing thing; we've never had that capability before."

Dr Andy Rivkin, the mission lead, thinks the technique could be used in the future.

He told the BBC: "It's a very simple idea: you ram the spacecraft into the object you're worried about, and you use the mass and the speed of your spacecraft to slightly change the orbit of that object enough so that it would miss the Earth, instead of hitting the Earth."