TO MOM, WITH LOVE - After COVID took her mother, teen honours memory with nine CSEC passes 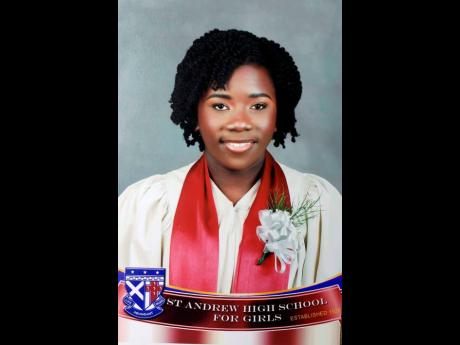 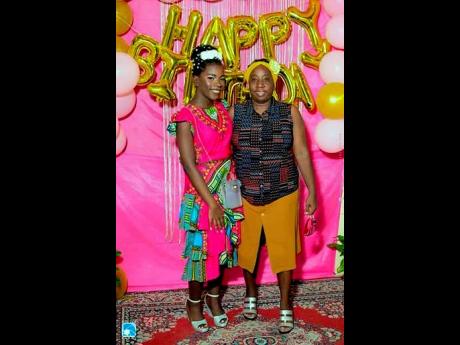 Last August, Stephanie Watson promised her mother that she was going to make her proud when she sat her Caribbean Secondary Education Certificate (CSEC) exams.

The motivated teen assured her mom that not only would she pass the nine subjects she was attempting, but in doing so she would get grade ones.

The 17-year-old made good on her promise by scoring nine CSEC passes in the recently held exams. Sadly, her mother, Hope Johnson Watson, is not around to celebrate with her.

Johnson Watson, 59, is among the more than 3,200 Jamaicans to have died from COVID-19. She died last September.

And just when Stephanie thought things could not have got any worst, her aunt, Rashida Constantine, whom she also shared a close relationship with, also contracted the disease and died a month later.

Stephanie, a native of Grants Pen, St Andrew, said the double blow took a massive toll on her.

"It was really, really hard because when she got sick it was right at the beginning of the school term and I hadn't started school yet," she told THE STAR.

"When she [her mom] died it was like one week into the school year and it hit me really, really hard but I used it to motivate me. She was the first person I told that I was going to get all ones in my nine subjects and she smiled at me and she said 'Yes, you are going to do it'," the jubilant teen said.

Though she had the support of other relatives, Stephanie recalled the numerous psychological challenges she was faced with when dealing with the loss of her mother and aunt while preparing for her exams.

"Most days were extremely hard because she was my backbone and she did everything for me, I was only 16 at the time. My mom was a single mom so she was the only parental figure that I knew growing up. Being her last girl child, she gave us everything that we needed. Even though she didn't have it like that, she ensured that everything was okay. Seeing how she worked hard to make us okay, I loved her for that. We were really, really close, we were like sisters," Stephanie said.

The St Andrew High School alumna said she was motivated to do well in her exams as she saw it as one way to honour her memory.

"I said I didn't want to disappoint her," Stephanie said, who suddenly found herself with way more household chores to complete.

"I had to really manage my time and that was a very different experience for me because when my mom was here she would do all of that," she said.

With her nine CSEC passes in the bag, Stephanie said her immediate focus is to repeat her academic successes in sixth form where she intends to sit four subjects at the Caribbean Advanced Proficiency Examinations level.

"I have always wanted to become a medical doctor. At the moment I am not sure in which area I will practise, but after sixth form I will know exactly what to do," she said.