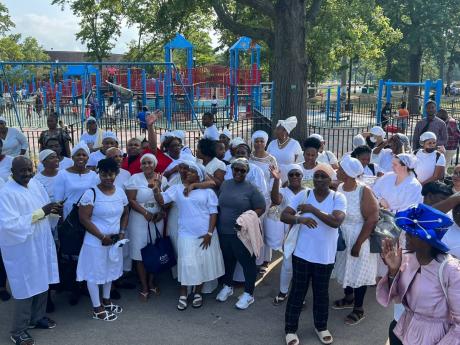 Some of the 101 persons who got baptised by Bishop Morgan. 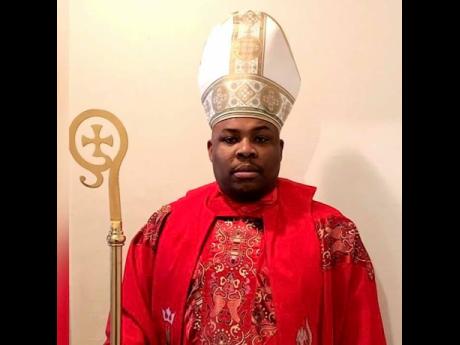 Although nowhere close to the world record, a Jamaica-born bishop registered an impressive feat by baptising 101 persons in one ceremony.

Morgan told THE STAR that the baptism of the 101 persons in the United States of America came six weeks after he baptised another 60 at a ceremony in Jamaica. The former Dinthill Technical High School student attracted the great numbers and was able to win souls for the Kingdom of God without having a crusade or preaching a message of repentance.

"The church is alive and well and this is proven by those landmark services," said Morgan, who grew up in the gritty St John's Road community in Spanish Town, St Catherine.

The record for the most people baptised, according to the Guinness World Records, is 18,272. This was achieved by Iglesia Ni Cristo, Church of Christ (Philippines) at The Philippine Arena, in Bulacan, Philippines, on September 7, 2019.

Morgan carried out his baptisms on July 17, at his church's local branch located at 1 Collins Close, off White Hall Avenue in Kingston 8. The other mass baptism took place on August 28 in Mount Vernon, USA.

"We have white people baptising, Hispanics, blacks and, of course, my fellow pastors who told me that their decisions to get baptised were divinely inspired," Morgan told THE STAR.

"It's just divine strength, I've had persons from all over reaching out to me that they want to get baptised. People flew from England, from different states here in America, and also from Jamaica after they missed the services we held there. I believe that 80 per cent of those who got baptised were doing it for the first time," he said.

The 45-year-old clergyman has been preaching at the pulpit for the past 20 years, but his sojourn into ministries began years earlier when he went to Sunday School services at Bethel Chapel on St John's Road. He got baptised in 1996 at the Search of Life Church of God.

Morgan said that he was ordained as a bishop in 2006 by the late Daniel Lloyd Johnson, who founded the Search of Life Church of God ministry. However, before being ordained as a bishop, he spent several years in the classroom, teaching mathematics. He said that during his years as an educator he always had a passion for spreading God's words.

"Mi walk the streets of Spanish Town and Trench Town a preach God's message. I always thought that my main purpose was spreading the gospel," Morgan said.