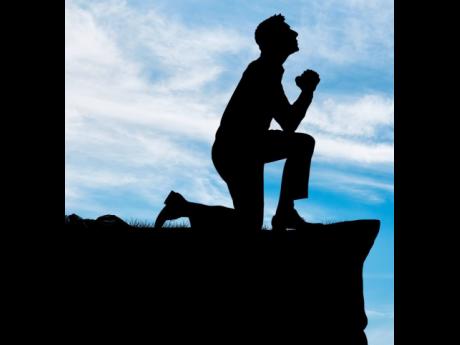 A man whose teenage daughter ran away from home last weekend for several days is breathing a sigh of relief after she returned home yesterday.

Earlier this week the police's Corporate Communications Unit released a public advisory that the teen was missing after her family reported the matter last Saturday.

Jerome Stevens, 41, told THE STAR that he was happy for her safe return even though her disappearance subjected him to four days of agony.

"Mi couldn't sleep, mi couldn't eat, mi couldn't work. Headaches after headaches, right through the night mi up. If me fall asleep fi five minutes mi up back. Every minute mi go inna har room a look a see if she come in. It was very stressful and stressing. All now me and har no hold a conversation from wi reach home, mi just a give her some time," the relieved dad stated.

The teen returned to her home in Spanish Town, St Catherine, yesterday afternoon, a day after her friend, with whom she allegedly ran away with, also returned. Stevens recalled that he was getting ready to participate in another search with a unit from the Spanish Town Police Station when his daughter called.

"Mi feel 99.9 per cent better because right now if she never deh here mi no think mi could a talk to yuh," Stevens said. He said that his daughter is having a difficult time coping with certain disciplinary measures.

"I took her to the station before because she scull school inna May or June this year," he said. He also admitted that he told her he would send her to a children's home if she continued to misbehave. Despite this, the single father, who also lives with another daughter, insisted that he enjoys a very good relationship with his girls.

"Mi no beat har, mi no abuse har at all. Yea sometimes yuh voice will raise but that's it. This is the first time she has done something like this. A just week before last Saturday she came back because she was in the country spending time with her aunt and grandmother," he said, adding that their mother is currently living overseas.

He said that it was imperative for parents to get more involved with their children, particularly teenagers, as they try to navigate life and find their identities.

"I feared the worst during those four days, but as a parent you have to understand that your child will go through various stages in their development. So as a parent, whether mother or father, yuh affi ensure that yuh get even more involved with them so yuh can understand fully what's happening in their lives," he said.