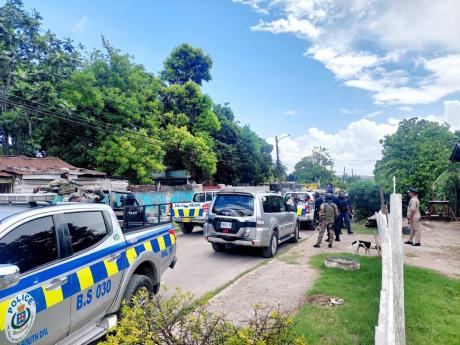 Members of the security forces in Waterhouse, St Andrew during a recent operation. 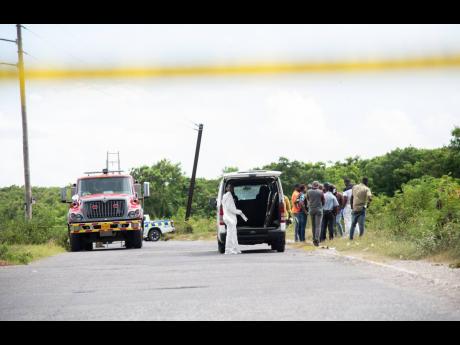 Senior Superintendent Kirk Ricketts, who is the commanding officer of the St Andrew South Police Division, said he is "playing it day-by-day" on whether he will seek to impose a curfew in sections of Seaview Gardens.

This as the murders of four men and reports of several shootings in the past two months have heightened tensions among residents in the volatile community.

"There is no indication that these murders are linked together. But all those that remain on the table will be used to ensure that we can go back to a sense of comfort," said Ricketts. He told THE WEEKEND STAR that the police are doing their best to get to the root of the violence in Seaview Gardens, particularly in the areas of Marley and Falcon, where there is an ongoing gang conflict.

"We are trying to identify a number of persons in the space that we will be targeting, and a series of operations have already started," Ricketts said. "Seaview is a big space and we have had a number of murders over there in the past two months or so. Also, just recently we recovered the body of Mr (Shannon) Briscoe, the correctional officer who was reported missing. I am playing it day-by-day. It is a wide space, and I have not gotten any murders happening in the same space."

The body of 38-year-old Briscoe was found in a gully in Seaview Gardens on August 13. Briscoe worked at the Horizon Adult Remand Centre in Kingston. The police reported that his car was found in Trench Town the previous day. Prior to that, the murders of Gary Williams and Shawn Nelson, as well as those of taxi operators Paul 'Tony' Allen and Dwayne Coke have left several residents cowering in fear, as they worry about what may happen next.

Although none of the murders took place in the same section, Ricketts said the incidents have become a real cause for concern.

"They (the residents) will notice a sustained and increased presence from law enforcement; from both the police and the JDF (Jamaica Defence Force). We will also be doing some activities which have already started to get a better understanding of what is happening, and to find out from the residents what we can do for them in order to secure them," he said.

Meanwhile, the senior cop said he was very relieved that the 15-year-old who was caught in an alleged crossfire between the security forces and criminals in Seaview Gardens on August 10 is recovering. The teen, who lives in the Bronx, New York, was shot in the leg during what police said was an operation. He is reportedly recovering steadily in hospital. The Independent Commission of Investigations is probing the matter.

"I am extremely happy that it wasn't life-threatening, but we are still investigating to find out the identity of the persons who challenged the officers. The report from the police is that they were engaged by men with weapons, and we know that shots were fired. But, unfortunately, we know this youngster was shot and injured," he said.