Another fire does damage in central Kingston 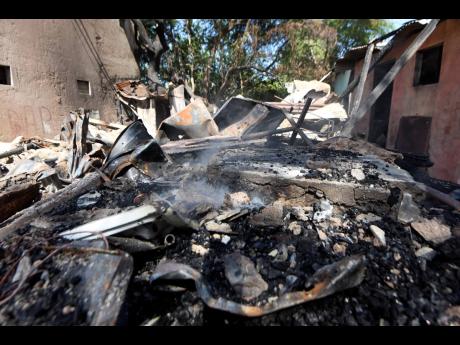 Multiple residents of Text Lane in Kingston are now homeless after their homes went up in flames early Tuesday morning. 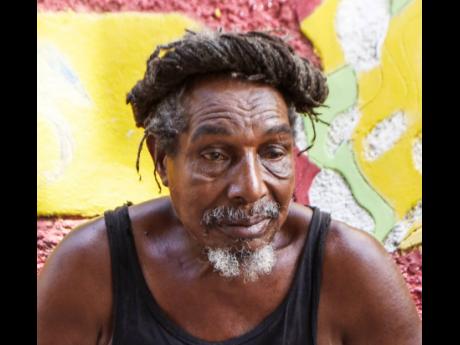 A despondent Devon Bailey said that he lost everything in the fire. 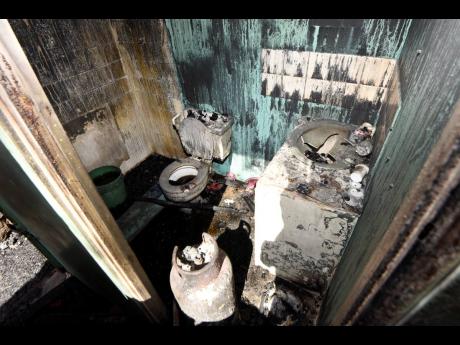 Like a previous fire on August 8, some residents say Tuesday’s blaze was caused by arsonists.
1
2
3

A despondent Donovan Williams, the member of parliament for Kingston Central, has expressed concern about the frequency of fires occurring in his constituency.

Yesterday he stood in front of a seven-room dwelling on Text Lane hours after it was reduced to rubble in the early morning.

"I am concerned although we have had several fires in this area. It's a fire-prone area. Don't know if it's because of the electrical [system] and the infrastructure is very old, enuh. So from time to time and during the summer you usually have a flare of fires. So we have had occasional fires and the department has put some of them down to electrical [problems], [or] to negligence at home. But we need to improve the infrastructure to mitigate these fires. And then now the police have to be on top of the suspected arsonists. They have to root it out and get to the bottom of it," Williams said. More than 30 people were left homeless on August 8 after numerous adjoining premises on Smith Lane and James Street were razed. The residents believe that the both incidents were the work of arsonists, however, the police said that they could not confirm this.

Yesterday, the latest fire victims, 76-year-old labourer Devon Bailey, his daughter Donna Bailey and granddaughter Shanique Pitt, appeared shell-shocked as they sat on an old fridge located a few metres away from their damaged home. Williams also told THE STAR that the premises was earmarked for renovation under the social housing programme in the Ministry of Economic Growth and Development. He also said that the process was nearing its completion.

"In fact, I recommended here as one of the beneficiaries. I got the call early this morning about the fire and I will be talking to the residents to hear what their views are and also to the police because I don't want to be premature in my assessment of things," he said.

However the elder Bailey, who said that he has lived on Text Lane since 1975, was more concerned about himself and his family's immediate futures. The dejected senior said he now had nowhere to go following his setback.

"Mi lose everything! Mi clothes, mi money, mi TV, mi fridge, mi bicycle, everything weh mi own. I don't know what to do right now 'cause I don't know what kind of move to mek right now. Right now mi woulda like a little help fi do something because mi no have nowhere to go. Dem say dem a go come fix up back but mi cyah wait fi dem. Mi affi go look somewhere to live," he said.

According to Superintendent Berrisford Williams, the commanding officer for the Kingston Central Police Division, investigators have not yet determined the cause of the fire. The senior cop has also urged residents to come forward and share information with the police regarding the incidents.

"We are concerned about the narrative that is supporting these fires that they are caused by bottle bombs. What we encourage citizens to do is that if they have evidence to support that these fires were maliciously set, that they should come forward and say what they know so that we can further the investigation. What we want people to avoid doing is to spread things that are not supported that will cause fear in the community," he said.