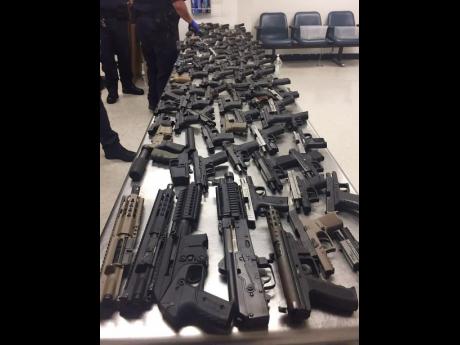 The police say a major dent in the illegal firearms trade, as Martin is allegedly the mastermind behind the recent illegal importation of 21 guns into the island.

The weapons were seized at a freight in Kingston on March 04, 2022, after members of the Jamaica Customs Agency discovered anomalies.

Eighteen handguns, three rifles and a large cache of ammunition were found.

He is scheduled to appear in the Gun Court on Friday, September 16.