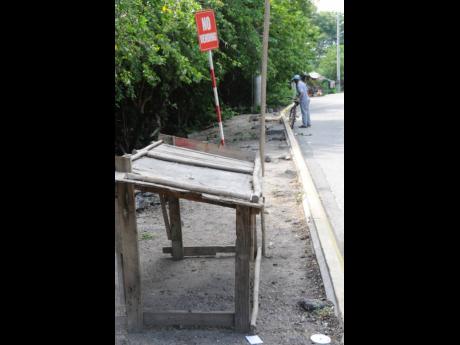 A Corporate Area man who started selling fruits after being laid off from his job as a security officer during the heights of the pandemic found himself before the courts when he was charged for exposing goods for sale in a no vending area.

"It's not that I was trying to break any rule or anything, it is just a means of trying to survive," Haven explained to the Parish Judge Jacqueline Wilcott.

The court heard that on July 18 at 2 p.m., police on patrol on Ripon Road in St Andrew observed Haven with a large quantity of pineapples. He was later accosted and charged for the offence.

"I was a security officer and I thought of what I could do to make a living. I thought I could do fruit vending, selling pineapples and I tried for a while. To be honest, things were rough and I prayed to God asking for his guidance and I found a spot on Ripon Road and I sold there. I asked the management permission to sell there and I was told yes," the defendant related to the court.

"I think you have to apply for a vending licence," Wilcott indicated to him, to which he replied that he had initiated the process of getting regularised.

"Mr Haven, I think we all can understand that but the law is the law," the judge said before urging him to ensure that he received the vending licence. Haven was fined $2,000 or five days' imprisonment.