Drug trafficker to miss his wedding 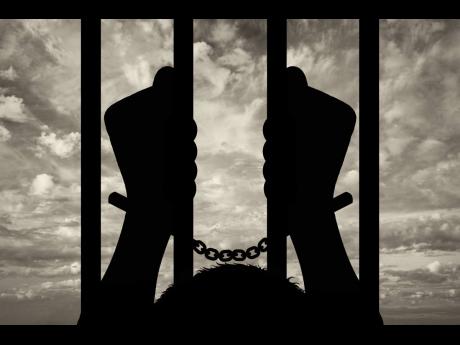 Next Tuesday should have been the day that Melton Blackwood walked down the aisle with his lady love. However, instead of exchanging marital vows, while surrounded by family and friends, he will be holed up in a jail cell, perhaps whispering a prayer for mercy.

The 57-year-old haulage contractor, who was found in possession of more than 1,000 pounds of ganja on July 29, pleaded guilty to trafficking, dealing in, possession of and taking steps preparatory to exporting ganja.

The charges arose from an incident in Stony Hill, St Andrew, when police intercepted a motor truck that he was driving.

The vehicle was searched and 24 knitted bags containing 141 rectangular-shaped parcels containing ganja were found. The substance is said to weigh 1,435.5 pounds.

Under caution, Blackwood allegedly said that he was promised $200,000 to transport the weed from St Elizabeth to Portland. He also allegedly told the police that he needed the money as he had a sick mother who desperately needed surgery.

Blackwood was charged jointly with a 16-year-old, who told the cops that she was hitching a ride to St Mary. The charges against her were withdrawn.

When Blackwood appeared in the Kingston and St Andrew Parish Court on Thursday, Parish Judge Jacqueline Wilcott denied his lawyer's request for bail. Wilcott told the attorney, Steven Powell, that she would need additional time to think about the matter.

"On one hand, it is a lot and I have taken the fact that he has taken responsibility, but he is still a serious defendant. I need time to think about it," the judge said.

The prosecution opposed the granting of bail saying that Blackwood forms part of a syndicate that traffics ganja in St Elizabeth.

"In addition, Your Honour, the risk of absconding is high, considering the amount of ganja that was found," the prosecutor said. But Powell refuted the claims.

"We are not sure he is part of any syndicate and I don't think the Crown can prove that," the lawyer submitted.

Blackwood's bail application is set for September 6 and Wilcott requested that his antecedence records be made available.