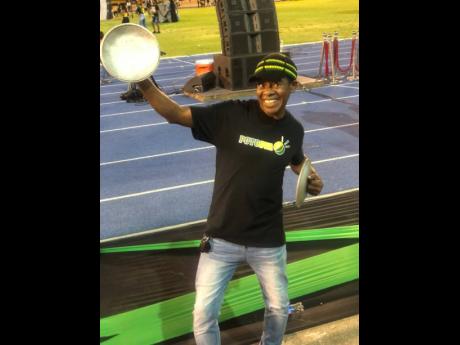 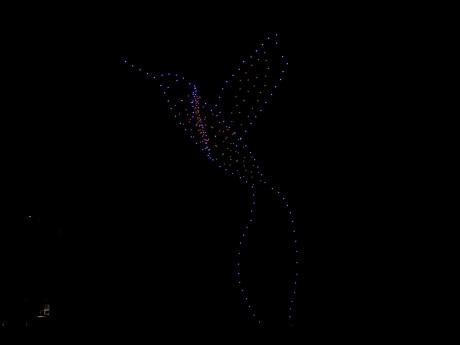 A highlight of the Grand Gala was the drone presentation. Here, drones form the outline of the swallow tail humming bird, Jamaica’s national bird. 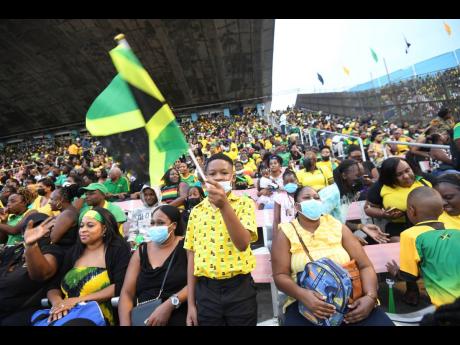 Thousands packed into the National Stadium on Saturday to celebrate Jamaica’s 60th year of Independence.
1
2
3

Whether you watched it on television or you made an appearance at the National Stadium last Saturday, it was undeniable that Jamaica's diamond jubilee celebrations were spectacular.

It was a grand production with more than 1,000 costumed performers and a captivating 300-drone showcase that earmarked the celebrations, epitomising the catchphrase, 'Jamaica a big deal an' everyting else a small fries and side order!' Dalton Spence, the mastermind behind the expression, was part of the celebrations.

But just how did Spence come up with the expression?

"It was about four years ago. I was cheering in Half-Way Tree and TVJ came up to me and asked me about it, and I think at that time KFC just started promoting their Big Deal meal and the thought just occurred to me, and Chris Martin song [ I'm a Big Deal] just came out, too. So, me just put it together and me say, 'Listen man, if you want talk 'bout a big deal, a Jamaica dat! Jamaica a di big deal, everything else a small fries and small order,'" Spence said with a broad grin.

He admitted that he forgot about the video until he went viral last year during the Olympics, as Jamaican athletes dominated the sprint events.

"Once me have the cap, people immediately recognise me. This is my brand now," the 53-year-old related.

Known for his outlandish outfits, neatly styled from head to toe in Jamaica-themed apparel, Spence wore a branded T-shirt marked 'Potcova' for the Grand Gala show. And although he dressed more conservatively than his usual style, his national pride was still palpable.

Spence, a trained teacher, told THE STAR that he was impressed by the production for the Jamaica 60 event, and indicated that it was impossible for him not to be among the 30,000 persons who attended the event. Even as he basked in the moment, he recalled events of past Independence Day celebrations.

"The floats stand out to me all the time; the Jonkunnu [performers] and the floats. I love the colours and the effigies, the music, the dancing. I love it all. What stands out to me most in the 60 years is the athletes and what they have done. The athletes' performances -- Shelly-Ann Fraser-Pyrce, Usain Bolt, Hansle Parchment, Yohan Blake, Asafa Powell -- you know, they are a good example of what discipline and hard work can give," he explained.

Spence stressed that his only dream for Jamaica is for locals to recognise and appreciate our innate greatness, and that crime and violence will be reduced.

"I just want us to continue to celebrate Jamaica, and that we recognise our greatness and stop killing each other," he pleaded.