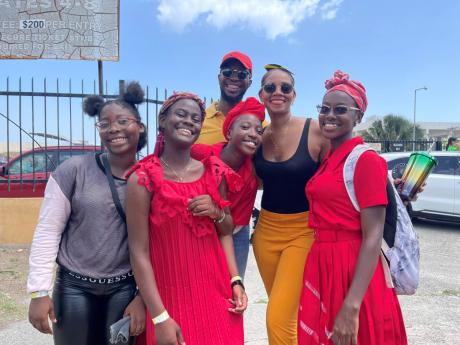 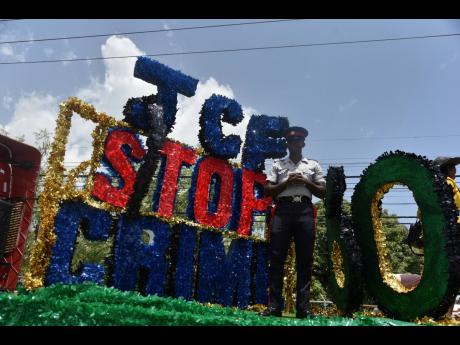 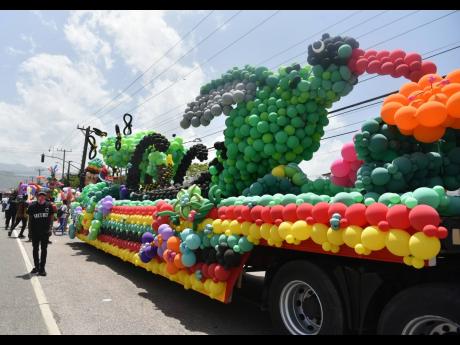 The balloon float was a hit among those on the road. 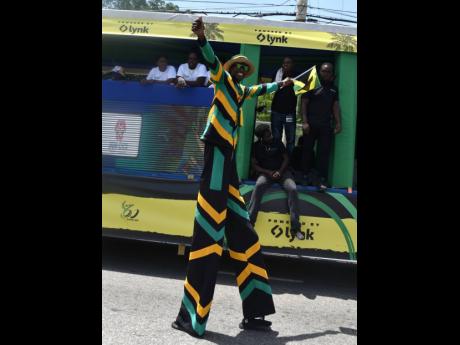 A stiltwalker decked out in the national colours marches along the parade route.
1
2
3
4

Monday was the first time that social media influencer Chiney K Pop Girl was attending an Emancipation Day parade and she loved it.

"It's been really fun. I think it's my very first time, so it's a really great experience to see everybody come out for this. I'm really happy about that," she told THE STAR.

It was a resplendent display of national pride, jubilation and all things Jamaican, as the Independence Float and Street Parade made its historic return on Monday in the streets of the Corporate Area.

The parade was last held in 2018, included some 1,000 participants, eight themed floats, a convoy of classic cars transporting a bevy of beauty queens, a Jonkunnu band, costumed dancers and music trucks, all signifying various aspects of Jamaican culture.

Fellow social media influencer, Danar Royal, known more popularly as Dan Dan, said that it was important for him to observe the parade and share with his followers on Instagram.

"As a person, whether them deh abroad or yard, who want to be here but because of how them present circumstances or situation deem nuh deh. So me just share love, share the positivity," he said.

"We're all patriots. I'm a big patriot for Jamaica, so without a doubt I had to be here you know. Black, green and gold for life," Dan Dan said.

Monday's parade saw several floats travelling from the Ranny Williams Entertainment Centre to the National Stadium. Dan Dan said that he was most captivated by the balloon floats and trucks playing revivalist music.

"I like the balloon one, you know, how dem do the balloon thing," he stated with his usual excitement.