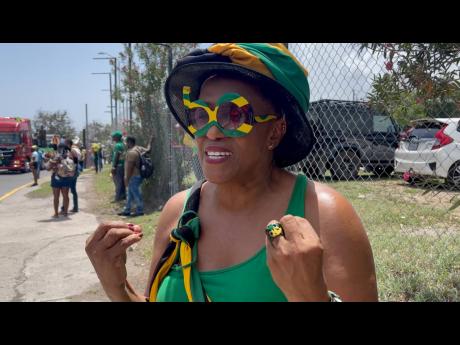 Stephanie Muir expresses her love Jamaican culture and what inspired her choice of dress for yesterday’s float parade. 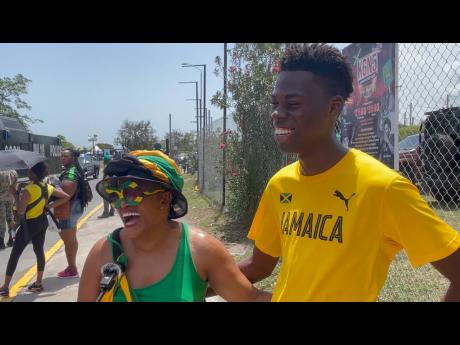 On Emancipation Day, while there was no shortage of Jamaica-inspired ensembles, attorney Stephanie Muir turned heads in her impromptu hat and glasses combo.

Muir said that while she always watches the Emancipation Day Float Parade that graces the streets of the Corporate Area annually, she decided to test the limits of her own creativity.

"[Out of] Love for Jamaica, I decided to make my glasses this morning, put on mi hat and come down here. I just bought a hat, get piece a cloth and say 'this is Jamaica'. And of course, it's not even the outfit, it's the spirit," she said. When asked why she allowed herself such little time to create her look, she said "This demonstrates the creativity of our people, we rise to every occasion."

Though the outfit, which were black yoga pants and a green Jamaica tank top, were quite simple, Muir's patriotism showed in her accessories.

To top off the look, Muir had a flag tied across her body and rings and bracelets to match, one of which was a souvenir from Jamaica's 50th Independence anniversary 10 years ago.

More than just making a fashion statement, Muir said she hoped to expose her nephew, Rojay Clarke, to Jamaican culture in its purest form.

"I wanted him to come to experience, to really and truly experience this. I just told him when we were coming down the road, at least once in your life, you must experience this. I want if he goes abroad and when this time a year comes around, he must remember this is what he is a part of. Him cyah forget it," she said.

Clarke, 20, who may be heading off to college overseas to start the journey to becoming a neurosurgeon, was experiencing his first float parade. He said that the day's events illustrated to him how far Jamaica has come and how far the country has to go.