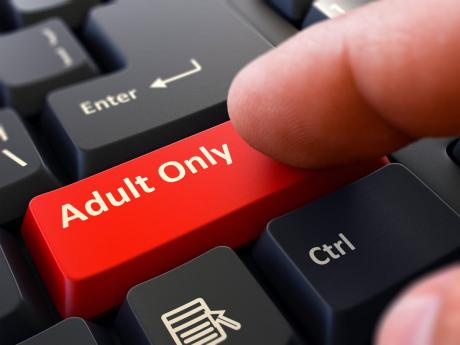 Incensed that it was being rumoured that he eats the forbidden fruit, a Kingston man armed himself with a knife and went in hot pursuit of his friend who was responsible for telling people he was engaged in oral sex.

Myles and Cespedes were arrested and charged with affray and disorderly conduct arising from the incident. They pled guilty when they appeared in the Kingston and St Andrew Parish Court on Wednesday.

Myles faced an additional charge of being armed with an offensive weapon, to which he also pled guilty. He told Parish Judge Jacqueline Wilcott that Cespedes had caused him great discomfort as a result of the oral sex rumours.

"This young man been walking around with my name a tell people that me s*** front. We was friend, Your Honour. [He] is me friend. So I told him, true me nuh want in a no confrontation, me tell him fi avoid me, Your Honour," Myles said.

"Him start tell me bout me mada and walk up in my face. So me pull the knife because me see him hold on to him waist. So me cut offa him and him tek up a Boom bottle and fling offa me. So me run him down wid me knife," Myles related to the court.

Cespedes, meanwhile, said that the woman with whom Myles allegedly had the sexual encounter is mentally challenged.

"And true she come a road a tell people, him want to kill her. That's how the problem start, Your Honour," Cespedes rebutted.

His response evoked laughter from those in the courtroom.

Judge Wilcott requested a social enquiry report for both men and adjourned the matter until October 7 for sentencing on the affray and disorderly conduct charges.

Myles was fined $4,000 or five-days' imprisonment for being armed with an offensive weapon.