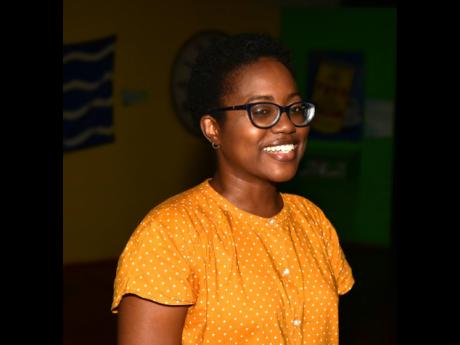 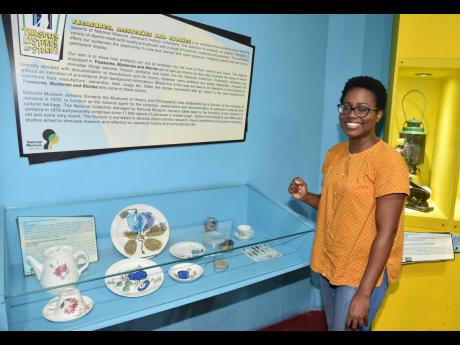 Keeper of the collections at the National Museum Jamaica Kerry-Ann Watson has always had a love for history.
1
2

Although some of the pieces at the National Museum Jamaica may be more than 100 years old, one Jamaican is dedicated to the task of collection, documentation and preservation of local history and culture.

Kerry-Ann Watson, a historian by nature, described herself as a detective solving a mystery, using artefacts to solve the tales of time and preserving the new information for centuries to come. She admitted that in her early years living in rural Jamaica, she was fascinated with local architecture and specifically found herself marvelled by the sight of great houses. It comes as no surprise that she would be the woman tasked with acquiring, documenting and conserving artefacts related to Jamaica's history and culture. But her journey to her current post as keeper of the collections started in the classroom at Knox College, where she taught history, geography, social studies and religious education.

"I always loved history so I wanted to do something that involved that. I am not sure where I would end up but teaching made sense. While I enjoyed teaching, I believed that I could do more to contribute to preserving Jamaica's rich heritage," Watson said. She is more than qualified to do so. She earned a bachelor's degree in history from The University of the Indies, Mona, in 2003 and a master's in library and information studies in 2011 as well as a graduate diploma in information systems from University of London in 2015. The Walderston, Manchester, native then decided in 2016 to pursue a master's degree in international heritage management at the University of Birmingham in the United Kingdom. Two years later she was offered a job at the National Museum West in Montego Bay, St James, as a curator.

"I had to give a tour of the exhibitions on my first day when I had no experience and knowledge about the exhibitions. Luckily my teaching experience came to the rescue. It was nerve-wracking but the guests enjoyed the tour," Watson joked. In 2020, she was recommended to take up her current post, noting that she thought it suited her perfectly given her strong grasp of history as well as library and information management. The history connoisseur, who is guided by the mantra set by Marcus Garvey that 'a people without the knowledge of their past history, origin and culture is like a tree without roots', is excited to be part of Jamaica's diamond jubilee to share the spirit of independence with locals.

"The Institute of Jamaica is putting up several exhibitions at the National Arena, King's House and the Donald Sangster Airport in Montego Bay. We have several notable pieces, one of which is the Independence Urn which was commissioned by Right Honourable Alexander Bustamante, made to commemorate Independence in 1962. Only eight were made. We also have the commemorative shovel used to break ground to build the National Stadium," she told THE STAR, adding that the theme of the exhibition is 'Birth of A Nation: Jamaica in 1962 Capturing the Spirit of Independence'.

While a major requirement of her job involves the preservation of Jamaica's heritage, the graduate of both St Hugh's High and Manchester High schools said a great focus is being placed on the artefacts that are not stored in the local museums. Watson assured that she is determined to advocate for the safe return of other historical pieces to be added to the local collection.

"In terms of erasure of our heritage, our main concern is the many valuable Jamaican artefacts that are not in our museum but held elsewhere. For example, Taino objects in the British museum that they refused to return to us. As part of reparations, we are lobbying for these artefacts be returned to Jamaica," she said.

Watson said she remains committed to her job because of her patriotism and the belief that our greatness derives from our rich heritage.