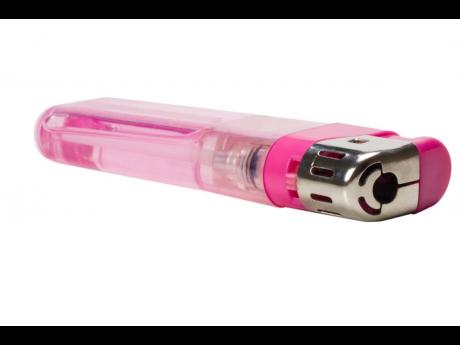 A 28-year-old man has confessed to assaulting his girlfriend after a dispute over a cigarette lighter.

The man, Jaheel Spike, committed the offence while on probation. He was convicted of unlawful wounding last year and sentenced to serve 12 months' probation. The probationary would have ended in June but he re-offended in April.

His bail was revoked after he pleaded guilty to two counts of unlawful wounding and assault when he appeared in the Kingston and St Andrew Parish Court yesterday.

The court heard that on April 8, Spike and his babymother had a dispute over a cigarette lighter and he began removing items from the dresser, which he hurled at her. One of the objects, an oil sheen bottle, hit the complainant on the right side of her head, resulting in pain.

The court further heard that the woman called for help from relatives. Two people -- a male and female -- came to her assistance. Spike, allegedly left the room and went for a machete. When he returned, he allegedly chopped the male on his fingers and the female on her shoulder.

Senior Parish Judge Lori-Anne Cole-Montaque who heard the matter, noted that Spike was on probation at the time of this offence.

"What do you have to say for yourself?" Cole-Montaque asked.

He responded: "Your Honour, I am begging some leniency because I was intoxicated at the time."

However, his plea for mercy did not impress the presiding judge who indicated that she was troubled by the circumstances that saw Spike being before the court. She made it clear that she intends to send a message to society.

"If the court does not deal with you firmly, I would be sending the wrong message to the society at large. I would be saying to people that if the court gives you a chance in a serious indictable matter and you commit yourself, you pay some money, you just hold down your head and you try to give a posture that you are contrite, that you will go [be released]. I cannot afford for anybody in this parish to make light of this system," the judge said.

Spike was remanded in custody until August 4.

"I am not saying that your sentence must be custodial, but as they say on the road 'yuh need fi rub a likkle bit a time', and I need you to rub a likkle bit a time for the people in the Corporate Area to know that when they come to 144 Maxfield Avenue, this is not a puppy place. Yuh can't deh on probation order and a commit offence. It cannot work," the judge stressed.