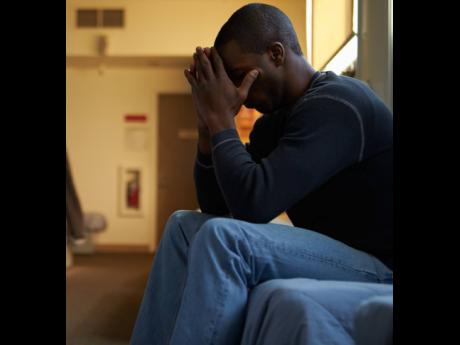 An 18-year-old openly wept in the Kingston and St Andrew Parish Court yesterday as he read his handwritten letter to his mother, begging for her forgiveness for pushing her to the ground and beating her all over her body.

"Dear mom, I write this letter to tell you that I am sorry for what happened downtown. I am very sorry for hitting you and make you feel a way," Javaugn Goodin shared before he burst into tears. The father-of-two is charged with assault occasioning actual bodily harm.

But despite his apology, he pleaded not guilty to the charges and denied hitting his mother when he appeared before Senior Parish Judge Lori-Anne Cole-Montaque.

The court heard that on July 4, the accused attacked his mother, pushed her to the ground then punched her in her mouth, cutting her lip. The prosecution asserted that the complainant was rescued from additional injuries when an eyewitness removed him from on top of her.

Having heard her son's plea for another chance, the complainant cried as she saw her son standing in the prisoner's dock and became even more emotional when he was whisked away in handcuffs from the courtroom. Goodin was remanded in custody until September 6 as the prosecutors await an eyewitness statement to complete the file.