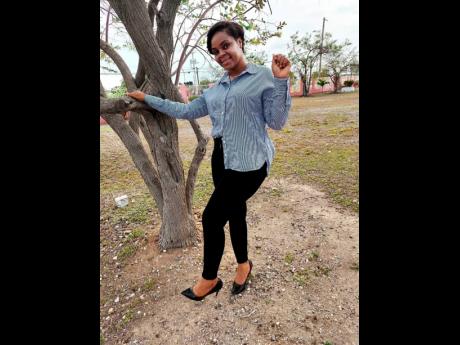 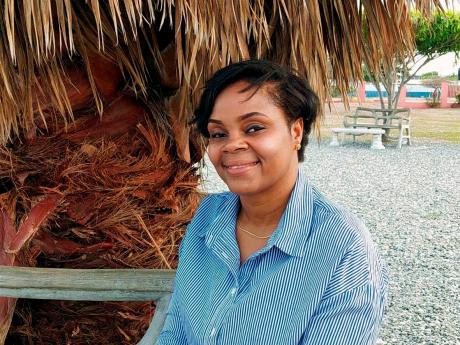 When Sandrine Martin got pregnant at 15 years old, she felt as if she had let herself and her parents down. The year was 2002, and the dejected teen felt as though her dream of becoming an accountant was no longer possible.

She was forced to drop out of high school as a result of her pregnancy. This led to her being enrolled at the Women's Centre of Jamaica Foundation (WCJF), where she was able to continue her studies.

"It gave me an opportunity to remain connected to what was happening in school life and importantly to continue my pregnancy. I gave birth to a healthy baby girl. At WCJF, I studied accounts, mathematics, principle of business, English language and Spanish. The environment there was very good, they made us feel loved and accepted. Even though we were students and pregnant, they didn't treat us like adults, they dealt with us as students regardless," she said.

Eight months after giving birth, Martin attended Ardenne High School, but found it difficult to balance her school and family life. When she graduated from Ardenne two years later, she only had three Caribbean Secondary Education Certificate passes to her name.

"I had struggles studying during my time at Ardenne because of the violence and raising a child, as a teenager," Martin, who resided in the tough inner-city community of Cockburn Pen, St Andrew, told THE STAR.

"I remember many occasions that we had to tuck under the bed out of fear of being shot," she said, while noting that the one-bedroom dwelling that housed her family was made of board. The house, she said, was in a poor state as "You could literally see outside through the many holes".

Martin, 35, said that she refused to give up, and she used her early setbacks as sources of motivation.

"After high school, I went to work in a friend's bar and then at a wholesale. But in 2005, I went to Quality Academics and did two CXCs in maths and accounting," she said.

She was successful in those exams and went on to complete two certified accounting technician certificates courses. But just when she began to climb the academic ladder, Martin, in 2010, got pregnant with her second child.

"It happened a few months after I completed level 11. I had already done the introductory and intermediate levels and was looking to start the advanced level when I got pregnant. The pregnancy was very challenging, especially in the early stages as I had complications quite often. However, I am a God-fearing person and I said to myself that it was a reality that I needed to accept because I was the main breadwinner for my family, so I knew I could not allow this to set me back too much," Martin said.

After giving birth to her second child, Martin worked in the banking sector between 2014-2016, and then as a government employee between 2016-2019. She then enrolled at the University of Technology, Jamaica, where she read for a bachelor's of science degree in accounting. She had to differ final exams in 2020 because her mother was battling sickle cell disease. She eventually passed away.

With her degree completed, the proud mother said she is excited about her pending graduation, which takes places in November. But she regrets that her mother will not see her accept her degree. Nonetheless, Martin, who is passionate about youth empowerment, is proud that she did not lose sight of her dreams after she became pregnant.

"My childhood dream was to be an accountant/businesswoman and later a political representative for my south west St Andrew division. I've added youth empowerment to my arsenal, because I believe with a positive environment our youth will find it harder to excel and not everyone will be lucky enough to make it through," she said.

"My thing is having purpose through your pain. To all single mothers, teen moms, struggling youths and in people general, my best advice is to never give up on yourself. You may think the road is going to collapse because you may be going through hell at the moment, but there is always a light at the end of the tunnel," she said.