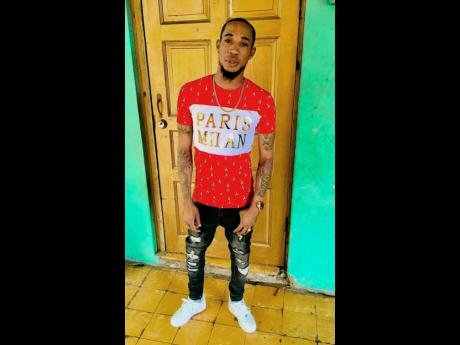 A St Andrew mother is at her wit's end trying to accept news that her son, Andre Douglas, 29, is now dead after he was stabbed twice on Saturday allegedly while attempting to stop a fight at a football match in Waterhouse, St Andrew.

"Bwoy, mi no know weh fi say, honestly, mi son no deserve this at all," said a dejected Janet Lee, 59, on Sunday with her eyes filled with tears. The grieving mother told THE STAR that the tragedy has left a gaping hole in her heart particularly in the manner which Douglas, a warehouse assistant, was killed.

"Him no give trouble, always the one fi say peace," uttered the mother of three. Lee, a clothes vendor in downtown Kingston, described her 'wash belly' as a dedicated father who would go above and beyond to provide for his child.

"The last time me see him a Friday night when him walk pass mi window because him did out late. 'Dougie' was all about him son, as him come in from work a day time a straight over deh him gone because him babymother live next door. He is a very good father to my grand pickney and is not because him a me son mek mi a say so," said Lee.

The passing of Douglas has sent shockwaves among relatives in his community. He is one of the founding members of Dreamchaser Promotions, a home-based entertainment company known for events such as Elegant and Roses In Bouquet. One of his childhood friends, 'Joe', recalled the tragic sequence surrounding Douglas' demise.

"When mi see him a walk towards mi a hold on to his belly, mi ask him wah gwan and a so him leggo him belly and mi get fi see the hole. A part di man a part a fight and end up lose him life fi nothing. Jah know star," he said. After Douglas' stabbing, another man, Demar Dixon, 39, also of Waterhouse, was shot an hour later at a bar by a lone gunman who was on foot. According to head of the St Andrew South Police Division, Senior Superintendent Kirk Ricketts, the two incidents are being investigated simultaneously.

"At this stage we cannot say that the two of them are linked but based on the proximity between the two, in terms of time, we are not ruling out anything. We understand that the second victim, where he was killed, he is normally there most nights. So we know that he was the target but we are still in the midst of the investigation," he said.