Cestan Springs magical stream is a beauty to behold 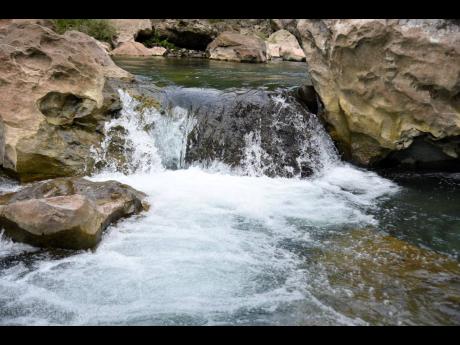 From lazy pools, to roaring waterfalls, Cestan Springs Waterfall has a memorable experience awaiting all that dare to venture. 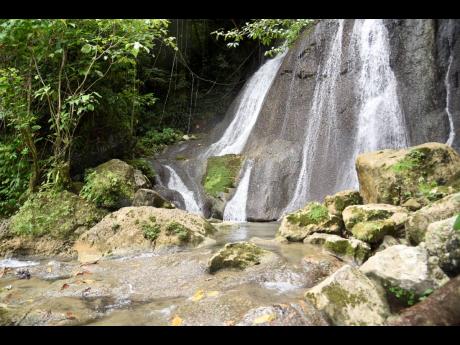 Guarded by greenery and anchored by rocks hand-placed by God, the crystal clear waters of the Cestan Springs Waterfall give meaning to the term ‘natural beauty’. 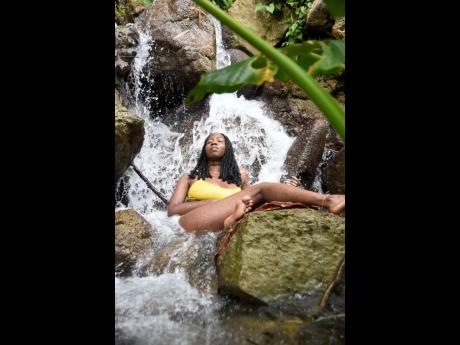 Left: Relaxing in the temperated bath, STAR reporter Shanel Lemmie rests wile all the stresses of the city melt away. 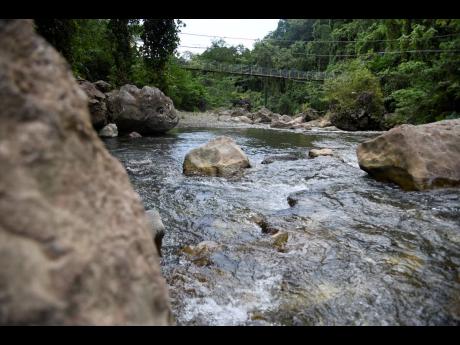 Anchored by rocks, the shallow but swift waters of Cestan Springs Waterfall should not be taken lightly, if the warnings of locals are to be believed. 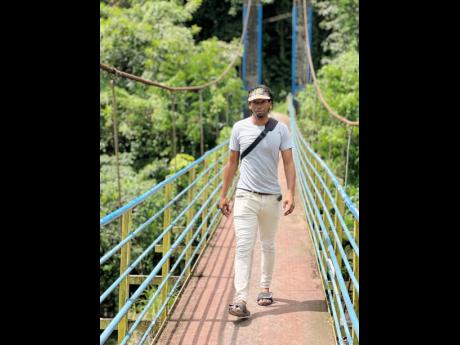 After beholding the bridge that guarded the sacred waters at the Cestan Springs Waterfall, photographer Nicholas Nunes couldn’t help but get a few quick pics of his own on the stunning bridge.
1
2
3
4
5

In Cornwall Barracks, Portland, at the intersection of green pastures and beaten down roadways, lies a relatively undisturbed piece of paradise called Cestan Springs Waterfall.

When THE STAR Life & Style team set out on Friday morning, we had no idea our destination would be the secluded springs. Acting on essentially word of mouth, the journey took us into unfamiliar territory. Once we entered Cornwall Barracks -- one of the Maroon villages nestling in the Rio Grande Valley -- we thought it would be a breeze to find this chill spot. We were wrong!

After many stops to ask directions, we were told to drive in a certain direction until the driving road ended, and continue on foot for the rest of the journey.

Along the journey, we were told by one resident that "dah water deh nuh like stranger". It was a pleasant way of telling us to abort the mission. However, one elderly woman quickly countered the suggestion and that was added boost for us to go chill spot seeking.

It was the confidence booster we needed and we continued on the journey. Well, that was until we realised that getting to the Cestan Springs Waterfall required a bit of hiking. And to make matters worse, we were unsure where we were headed.

With only vague directions, THE STAR team began hiking up steep terrain which, after getting to an apex, led us deep into a valley. Only guided by the distant sounds of water, we soon came upon a bridge that was so picturesque, we spent more than 15 minutes taking selfies and other images before continuing along our journey.

After we were done being captivated by the many photo opportunities, we had only to take a gander to our left or right to be blessed with an even better view.

Just below us, emerging from a nesting of rocks, was a stream that glistened aquamarine. Though impressive at first sight, the real prize, nestled among vegetation, and falling among the rocks as though descended from the heaven, was crystal clear water.

Our earlier warnings melted away. The greater part of the river was no more than three feet deep, allowing easy access for families hoping to enjoy the hideaway. Make no mistake, though, the myriad of miniature waterfalls creates slight pressure that, if you aren't careful, can carry you downstream into much more dangerous waters.

Bordering on surreal, the warm waters create a soothing effect, massaging away the sourness that may have occurred from the hike. Quite alternatively, the spring itself that was cool, almost cold, offered the same soothing effect.

The Cestan Springs Waterfall flows peacefully beneath the shade of the many trees in the area, thus providing persons with ideal spots from which to enjoy one of Portland's best-kept secrets. Additionally, Cestan Springs Waterfall has an abundance of shallow areas where children and less-proficient swimmers can dip in this magical stream. Not to mention the waterfall that can double as a rock wall, perfect for the daredevils that are seeking a challenging climb.

Just 15 minutes from the closest town square, the Cestan Springs Waterfall is an all-in-one experience fit to satiate the appetite of any nature lover.