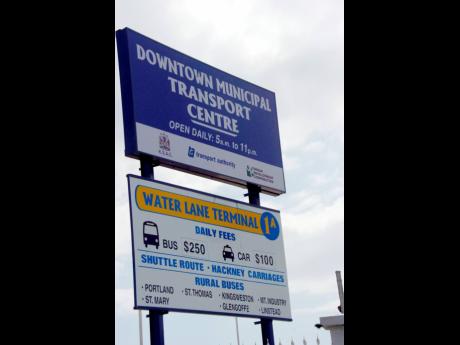 An employee of the Transport Authority is accused of fleecing $1.1 million from the state-run agency.

The accused, Carlene Brown, is charged with 41 counts of larceny as a servant. She made her first appearance in the Kingston and St Parish Court yesterday. It is alleged that Brown was responsible for the collection and safekeeping of funds collected at the bus park located on Water Lane in downtown Kingston. She was tasked to collect the monies from cashiers, place the monies in a transparent bag and then place them in a vault for safekeeping.

At the end of the work day, she was required to contact a security company for the removal of the cash from the vault. A bank reconciliation exercise was conducted which reflected a large time gap in lodgements. The agency noted $1.1 million could not be located. When asked how his client pleaded, noted attorney-at-law Oswest Senior-Smith declared: "The plea of course is thunderously not guilty." Prosecutors asked parish judge Venise Blackstock-Murray that bail conditions be imposed for the accused who is currently on bail in the sum of $400,000.

The judge obliged, first making Brown the subject of a fingerprint order. A stop order was also made and the 44-year-old woman was ordered to surrender her travel documents.

Brown was also instructed to report to the police once a week. The matter is to be mentioned on September 9.