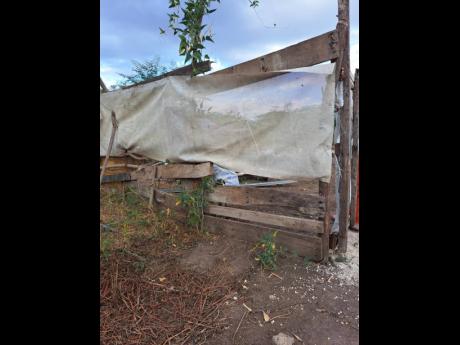 The makeshift fence in McCooks Pen, St Catherine, which the infant breached. 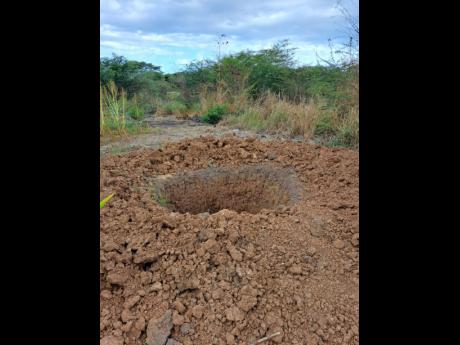 The under-construction pit at the back of the house where TJ was at the time the baby went missing. 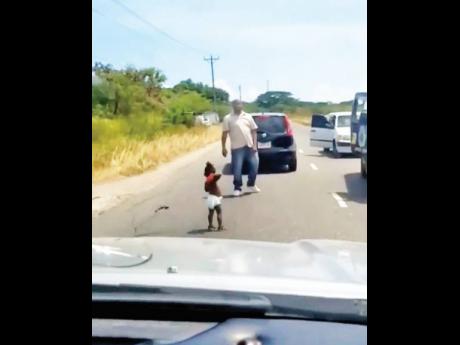 Screen grab of baby wandering onto the main road in the vicinity of the McCooks Pen community off Old Harbour Road in St Catherine on Monday.
1
2
3

The uncle and grandmother of a one-year-old boy who was picked up by a passing police vehicle along the Old Harbour main road in St Catherine on Monday have defended their care of the infant.

An amateur video of the incident shows the infant wandering across the busy Old Harbour Road in McCooks Pen. The child, who was wearing diapers and carrying a bottle, was picked up by the police who later handed him over to his father.

The video, which has gone viral, has drawn widespread condemnation of the guardians. However, according to the uncle in whose care the child was left, the infant is loved by every member of the family and any suggestion that he was neglected is false.

"What happened could happen to anybody's one-year-old child," said the uncle, who goes by the name of TJ.

"I gave him some water to drink and he fell asleep, and I went around the back of the house to help dig a pit, and that is when he got up and bore through a hole in the fence," he added.

TJ said that everything happened so fast that he still cannot believe what transpired. He said that it was a neighbour who called his attention to the commotion on the main road, and that was when he realised the baby had awoken and wandered out out the yard.

"He is mi sister's child who my mother has cared for since he was born. He was left in my care on Monday and he was not neglected. This could happen to anybody," TJ said.

The police, in a statement on Monday, said that after making enquiries into the circumstances surrounding the child's presence on the road, they are "satisfied that no intentional harm or neglect was meant to the child".

"The parents were referred to the relevant state agencies for advice and the matter was brought to a close. No criminal investigation is being pursued at this time, however, the necessary follow-up is being done through the Community Safety and Security Branch to support the family," the force said.

Meanwhile, the child's grandmother, who is the legal guardian but was not present at the time of the incident, heaped praise on the police officer who took the child up. She said that she is not worried about the negative chatter on social media.

"All mi glad sey the police clear we of any neglect," said the grandmother who gives her name as Dawn. "Mi only want to know that mi deh pon di right track and a nuh carelessness."

She continued: "Mi thank the police who stop and pick him up. God bless him! He understands that mi grandson was in somebody's care and it was not the fault of my son."

Dawn said this is the first time that such an incident occurred. She also said that her daughter, who is the infant's mother, is very caring and comes by every week to see her son. She, however, declined to comment on the infant's father and the role he plays in the life of the child.