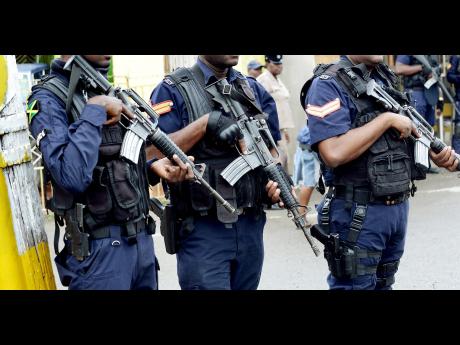 Minister of National Security Dr Horace Chang announced in Parliament yesterday that the Government will not seek to extend the state of public emergency imposed in St Catherine on June 17.

The measure, intended to curtail high levels of crime within the parish, is set to expire on Friday, July 1.

“The statute will be reshaped to maintain the current status quo. However, if there’s any further change in the situation we’ll advise the nation what further steps can be taken if, in fact, it needs to return to a state of public emergency. But at this point we will not ask for an extension and allow the current 14 days to expire,” he added

Of the 10 days preceding the SOE declaration, Chang said that 15 murders occurred. The parish has recorded four since the declaration.

Police Commissioner Major General Antony Anderson also indicated that there were 12 active gang conflicts taking place in the parish which caused an upsurge in violence in the Spanish Town area, in particular, where a deadly daylight shooting forced the market district shut.

Three people were killed in that incident, two of whom were said to be gang members.

Meanwhile, the security minister said that both the Government and Opposition have agreed that changes to the emergency powers regulations are needed but that more time is required to ensure that they are in keeping with the constitution.

“We’ll now continue to review the regulations. We’ll again further examine what has been recommended by the Opposition and seek to come to a set of regulations that can be used where the level of violence increases above the capacity of normal policing,” the minister said.