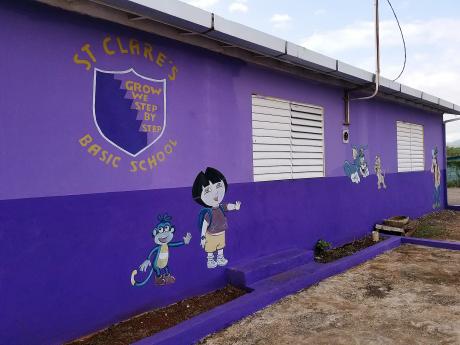 The Ministry of Education and Youth remains committed to increasing the number of uniformed groups in schools.

This is in keeping with its thrust to fulfil this mission under the Safety and Security in Schools Programme, Portfolio Minister, Hon. Fayval Williams, has said.

She further noted that “it is a part of our series of measures to improve discipline among students.”

The service was held at St. Luke’s Anglican Church in Cross Roads, Kingston.

Mrs Williams remarks came against the background of what she said were “heightened concerns” in recent months over incidents of violence in schools across Jamaica and calls for a more concerted effort to provide civic and character education for students.

She noted that several initiatives within the Ministry to address these concerns were being expanded, among them support for uniformed groups in schools.

“The Ministry has been supporting uniformed youth groups in the development of a Three-Year Strategic Plan and [Memoranda of Understanding] with individual groups which will, at one and the same time, advance the missions of the groups and the mandate of the Ministry to these groups,” Mrs Williams added.

The Minister pointed out that these cohorts, including Girl Guides, Brownies, Boys Brigade, Cub Scouts, Cadets and Pathfinders, “have played an invaluable role in shaping the character and awakening the social conscience of our young people for decades.”

“It has been well-established that students who participate in clubs are more out-going as they are engaged in activities that support socialisation with their peers. These students tend to be more comfortable in group settings where communication and team-work are necessary. This is a valuable asset as it will also benefit these students outside of the school setting,” she stated.

Additionally, she said they provide opportunities for informal learning and life experiences.

“Uniformed youth groups represent a cohort of the nation’s youth that is organised around a set of core values, such as honour, discipline, service, loyalty, commitment, integrity, perseverance, industry and spiritual fortitude,” the Minister emphasised.

She noted that while most are based in schools, units may also be organised at church and community levels.

“Indeed, we know that the church has been a main source through which many new members are recruited. There is a challenge, however, and that is, over the past few years, there has not been as robust an interest in these groups as in previous decades,” Mrs Williams indicated.

She said it was acknowledged that the society’s youth now have many more interests and distractions, “but we should still try to encourage them to see the value in participating in groups such as these”, while citing an “urgent need” for volunteer adult leaders.

The Minister also noted that older and more traditional groups, such as Boys Scouts and Girl Guides, are international in scope and maintain linkages with the worldwide movements.

“Support from these fraternal organisations has, however, diminished over the years, and local organisations must find the resources to sustain operations and pay the required affiliation fees. So once again, it is important that we, in the local community, pitch in to provide the needed support,” she added.

In this regard, the Minister commended members of the uniformed groups and CVSS for ongoing efforts to forge long-term alliances that facilitate mutual support and joint action.

Further, she said, for representing the concerns of the social sector, including disadvantaged and vulnerable groups, at the regional and international levels.

“We, as a collective, continue to dedicate ourselves to creating a supportive and safe environment for our students to learn and experience as much as possible to become productive members of society,” Mrs Williams stated.