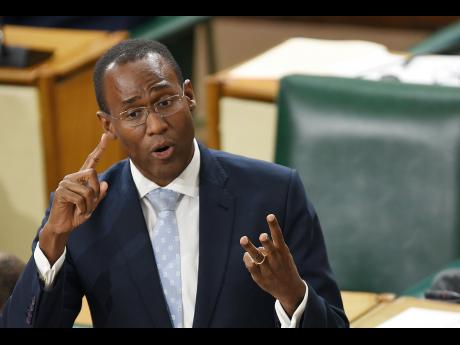 Minister of Finance and the Public Service, Dr Nigel Clarke, first announced the removal of GCT on the importation of lithium-ion batteries during his closing budget presentation in March.

Dr Clarke said as the Government seeks to achieve accelerated and aggressive increases in renewable energy penetration, lithium-ion batteries will play a pivotal role in that energy transition, adding that they are also aligned with the policy of promotion of electric vehicles.

The Minister informed that its popularity has been growing as an energy storage technology.

Dr Clarke explained that the Ministry of Science, Energy and Technology over the years has been in constant dialogue with his Ministry about the category of items that constitute and represent appropriate technology, for which the Government’s long-standing policy of promoting renewables would mean that they would be subject to a differential tax regime.

“The Ministry of Science, Energy and Technology wrote to the Ministry of Finance outlining that the use of lithium-ion batteries is an appropriate technology to mitigate intermittence that some renewable energy solutions introduced to the grid and, further, that this technology is likely to remain the solution of choice,” the Minister noted.

Dr Clarke said the Ministry of Finance, therefore, provided a ‘no objection’ letter for the common external tariff (CET) suspension, on 100,000 units of lithium-ion batteries, adding that this was approved by the CARICOM Council for Trade and Economic Development (COTED) for two years, which ended on April 3, 2021.

The Minister said at that time, no GCT exemption was provided on the batteries, noting that as the popularity of these batteries grew and continues to grow, there were no provisions in place for GCT relief on lithium-ion batteries for solar application, but only on photovoltaic batteries.

“Today the category is not just photovoltaic batteries that are used for renewables but also lithium-ion batteries. In order to rectify this, coupled with the recognition of the positive impact of using energy-efficient technologies to reduce the cost associated with the generation of electricity, the Ministry of Finance set out to exempt these batteries from GCT,” Dr Clarke stated.

Additionally, the Ministry provided another no-objection letter to seek approval for a further suspension of the CET on 240,000 units of lithium-ion batteries from COTED for two years to end on December 31, 2023.

The revenue implications for granting the GCT exemption on lithium-ion batteries, based on 2019 data, reveal that GCT paid was in order of $193 million in that year.