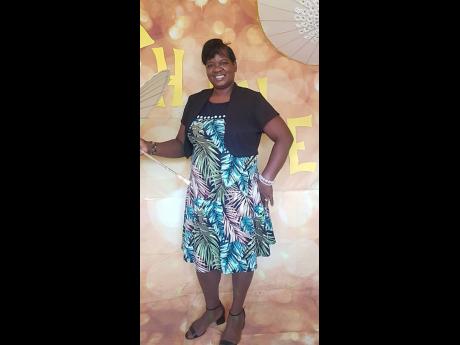 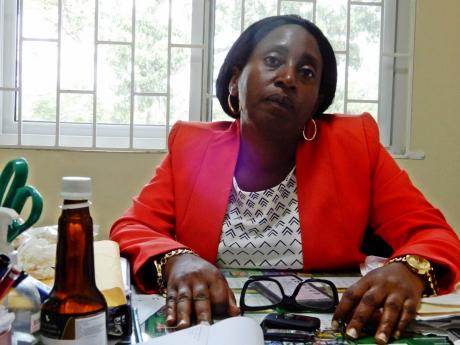 Principal of Discovery Bay All Age and Infant School Mercella Shaw-Bryan grieves for her colleague and friend Deloris McFarlane. 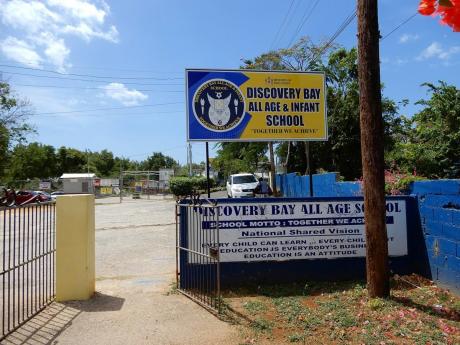 The Discovery Bay All-Age and Infant School family in St Ann is today mourning the loss of one of its teachers who died early Saturday morning.

Deloris McFarlane, 46, a senior teacher who taught at the grade-one level died in the Cornwall Regional Hospital of cancer, just months after being diagnosed with the disease. McFarlane served as a teacher for 23 years, 22 of them at Discovery Bay. She leaves behind a husband and two children. Principal of the school Mercella Shaw-Bryan, who was shaken up by the loss of her colleague and close friend, hailed McFarlane as a caring teacher.

"The staff is devastated. Mrs McFarlane was one of those who was close to my bosom, a good friend, a caring type of teacher, full of life, loved life. McFarlane was the life of the party, and with her around there was never a dull moment," she said.

"She always took the time to listen. When something was wrong she could tell, and encouraged us as we go through our daily lives, helping in whatever way she could, caring towards our students and parents. She went beyond the call of duty many times to ensure that her students and her co-workers were okay," she added.

Shaw-Bryan said that the school family will be looking out for McFarlane's family. Her older child, who is 11, is preparing to take the grade-five Primary Exit Profile examinations this week.

"She was counselled with the counsellor, plus the team from York Castle [High School]; and the [education] ministry will render support, plus the school's guidance counsellor and others. We're going to ensure that her mind is conditioned for the exam," she said. Shaw-Bryan said that McFarlane was one of her go-to persons at the school.

"When I just started as principal, she would come over every lunchtime, sometimes bring lunch and say, 'No B, you need to stop what you're doing. Yuh fi tek care ah yuh self, enuh. Start eat; come on, man, eat yuh lunch'," she recalled. "Even in my personal life, she has been there for me so many times. In my capacity as principal when I had to go out of town, she would pick up my children, take them to her home, bathe them, and feed them until I got back."

With face-to-face classes held two days per week for grade-one students, McFarlane did not return to face her students in January and conducted most of her classes online because she was not feeling well, being affected by pain and swelling. Subsequent tests eventually revealed that she had cancer. While she was ill and in the hospital, Shaw-Bryan said that they kept in touch via WhatsApp messages.

"My last contact with her was Thursday," Shaw-Bryan revealed. "It's unfortunate that we lost our colleague in the prime of her life. I know she would have made an impact on all the lives she would have touched; students, teachers, parents. She's going to be missed."

Nearly a dozen persons from the teaching profession have died in recent weeks. On Monday, representatives from the Jamaica Teachers' Association, school Chairman Raymon Treasure, and several guidance counsellors were among those who visited the school to offer comfort to staff and students.