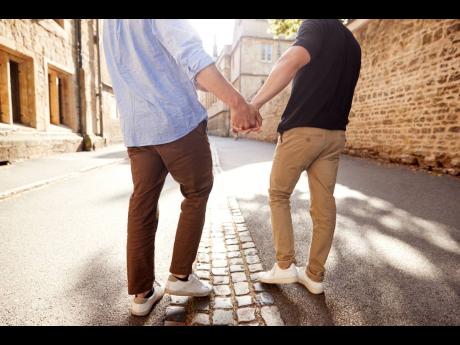 After spending more than J$700,000 on his online gay boyfriend, Tom* is warning other foreigners against long distance relationships.

The 28-year-old who lives in the US said that he had been talking to Joe* who lives in Jamaica via phone calls and video chats for more than a year. He said that he sent him nearly $300,000 and even spoke with Joe's mother on the phone, adopting a woman's identity as she was unaware of her son's sexual proclivities. Excited, Tom planned a trip to Jamaica to meet his man. But after spending thousands more on his flight, accommodations, transportation and other expenses, he found out that Joe was having an affair with the man he had hired to chauffeur them around the island.

"When I booked my ticket to go and see my man, I was super excited. This would be my first time seeing him," he said. Tom said that he first started to suspect Joe and the driver when he found condoms in his boyfriend's home.

"I was mad. I said 'remember you told me you can't have people come over. Remember you told me your landlord don't want nobody to come over'. However, he told me that the driver used them," he said. Tom said that Joe gave various excuses for other issues but things came to a head when he did not return home one night.

"I said 'You don't want me so why do you want my money? Why do you want me to do this and why do you want me to do that? He said I should stop saying that he don't want me because it's gonna be me and him to the end," he said. The confrontation turned physical that led to Joe being rushed to the hospital. Tom said that he is hurt that the person who he loved was using him. He said that when he returned to the US, Joe's mother called him and asked why he didn't come to the house. He said at that point, he revealed his gender.

"I told the entire family who I was. I video called and told them who I was. I sent out videos and pictures so they could know I was a man," he said. A week after his return to the US, Tom said that the pain is still fresh.

"I was in love, no question about that. Of course I was in love," he bemoaned. "Looking back, I was warned so there is nothing differently I would do. But I'm just here hurt, devastated and I'm just wondering what did I do to him to deserve that. I was just being nothing but nice to him. There is nothing I wouldn't do for him. Anything I'm eating, the driver was eating too. I gave that guy clothes. So that is why I'm saying my story needs to be told because they could have killed me. They could have planned and killed me."

Tom said that the driver is now texting him, bragging that he took Joe from him.

"He never take the man from me. I left the man before he got the man. And two, I look more better than that guy. And now the boyfriend is cussing me out telling me that I'm broke. If I'm broke, why would I spend more than $700,000 Jamaican money?" said Tom, who cautioned foreigners to use his story as a cautionary tale as some wolves wear sheep clothing.

Calls and messages made to the cell number provided for Joe went unanswered.