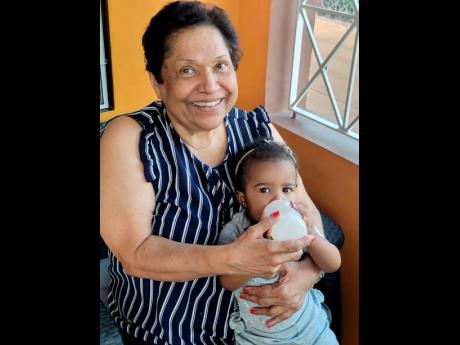 Momma P with her granddaughter Skyel. 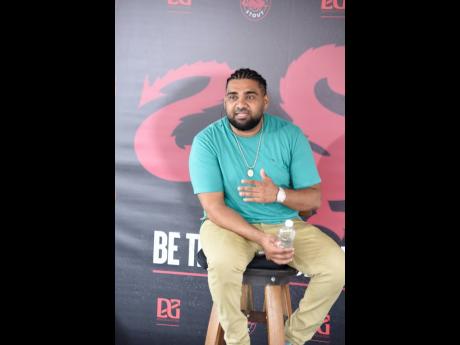 Asked if there was one thing he could do for his mother that he has not yet done, Romeich Major basically answered 'mission accomplished'.

In 2019, the music executive and businessman gifted his mother, affectionately called Momma P, a pricey home in Florida. So, for those looking to see if he could top that, don't expect anything out of the ordinary.

"I love my mother endlessly. She knows that and me always make her feel that. Right now, I am on my way to spend the Mother's Day weekend with her. I love and respect her because, if it wasn't fi she, me wouldn't be here," Major told THE WEEKEND STAR. "I don't think there is anything I want to do or gift her with that I have not done for her, because everything she ever wanted has been done."

Recalling his childhood where his mother was not around often, Major shared that Momma P's absence was situational. He has not suffered any negative effects because she was not an absentee mother; her presence and support are unmatched.

He said: "She used to fly out for work overseas, she was a houseworker, so we could have a better life. After me reach two or three, she wasn't there every day. I can't say I felt her being strict, and, when she was home, she was lenient. Like now, you will see she spoil the whole of her grandpickney dem."

As an adult, when Major expressed a desire to establish himself in the entertainment world and to start a business, Momma P acted like his backbone.

"Throughout all weh me do, she was the only person that believed in me. My father, none a di rest of my family never believe in me. She was there from the beginning to give me the push and drive and said 'Do what your heart tell you to do and make sure to do it at the best of your ability'," he said. Major said that his mother plays a big role in his life and entertainment life.

"I mean, she has migrated now, but, when she used to be in Jamaica, she helped manage certain things financially. She was the one who made certain people pay and people get paid, [and made sure] that everything was good and that the staff was being good," he said, adding that everyone, from the promotional girls to the entertainers, show her respect.

"Momma P ah just one fun girl in a big woman body. She loves music, so, when she ready, she plays some retro music and back it up," he joked. Major added that, jokes aside, his mother is a Christian who loves her gospel music.

"You will see her nails in red and lipstick in red, that's her favourite colour in those things. But she prefers flowers of different colours over roses. She nuh mek nothing bother her. I love her, she is my big teddy bear. I must say 'Big up' to all the mothers out there. I know we don't give the fathers the love dem fi get but sometimes ah the man dem cause it. Happy Mother's Day to all mothers out there," Major continued.