JCF not preaching to the choir with social media campaign 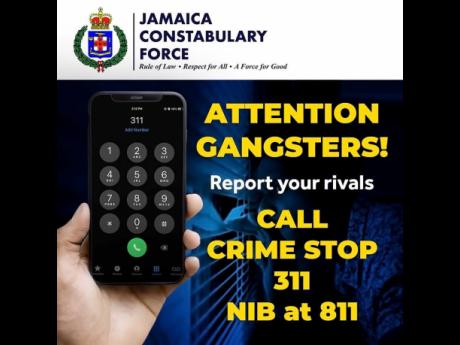 Conrtibuted One of the many social media messages being used by the Jamaica Conatabulary Force to target gangsters. 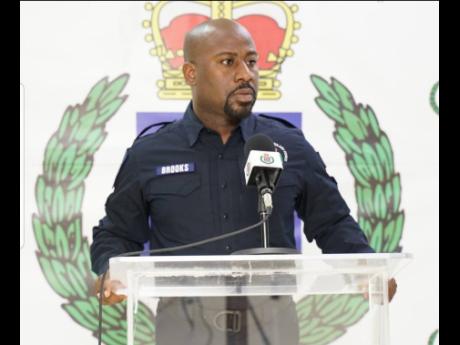 Dennis Brooks, senior communication strategist in the Jamaica Constabulary Force (JCF), says that there has been a significant increase in the number of tips the police have received from posts made on its social media accounts.

"We are absolutely seeing the result. You see by virtue of our improved intelligence gathering, a part of it is connected with our social media campaigning. We get many tips, many referrals and leads from our social media pages," he told THE STAR.

As of Saturday, March 5, the police have recovered 188 illegal guns and 4,628 rounds of ammunitions. They had seized 128 guns and 2,276 rounds of ammunition during the corresponding period in 2021. However, Brooks did not attribute the improved statistics to the shift in communication strategies. He did say, however, that the police are gaining the trust of young people with its more contemporary approach towards communication.

Since the start of the year, the JCF has launched various campaigns to encourage citizens to turn in wanted men and report the location of illegal guns.

Brooks said that for too long the people who the police need to be speaking to have been ignored in favour of the people who are already "on the choir".

"So I am targeting people who know or who might be able to report a gunman, or understand the dynamics going on there ... and next time we target somebody else in some kind of message."