Denham Town not out of the woods yet – community activist 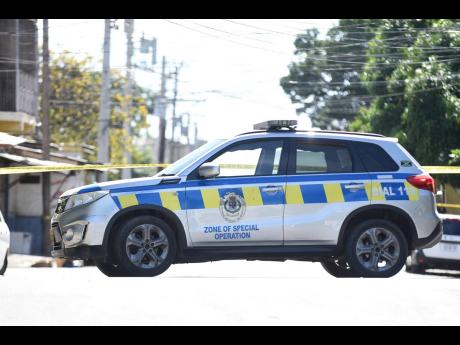 Community activist Delon Gayle believes that Denham Town in west Kingston is still a far way from becoming a transformed space, despite the gains that have been made.

"We are not fully out of the woods but that level of hostility is not presently in the atmosphere again, because over the period of the time, the persons on the ground have realised that there is a shift. ZOSO is here so there is some level to rule and law and order there with the different projects, [as well as the] different services and offerings being put on the table," he said.

REDUCTION IN CRIME AND VIOLENCE

In October 2017, a zone of special operations (ZOSO) was declared in the community with the aim to stop the violence and other social issues. There have been reports of a reduction in crime and violence, as well as visible signs of some infrastructure development in the community under programmes implemented via the ZOSO. Gayle added that residents are also using the presence of the security forces to avoid certain outcomes.

"In certain tenement yards, where people used to argue over simple issues, once we put up the concrete fencing and install the water tanks, the number of feuds have reduced. You know there will always be conflict, but what I find is that if they, the residents, cannot resolve the issues among themselves, they would seek the intervention of the security personnel to settle their matters," he said.

Gayle also said that changing the cultural practices in a space is not an easy task, but disclosed that his team and other stakeholders operating in Denham Town have identified programmes to address some of the fundamental issues holding back progress.

"We have applied for a grant and [it] was successfully approved. Long and short, we are going to start a reading and numeracy programme at the [community] centre to run for six months from March through to August. Yuh know if yuh cyah read, you are already way back in life. The programme will target at least 50 people within the community. It is a start ... even though we would have wanted to increase the numbers, but funding-wise we are limited. However, it is a big step in the right direction," he said.