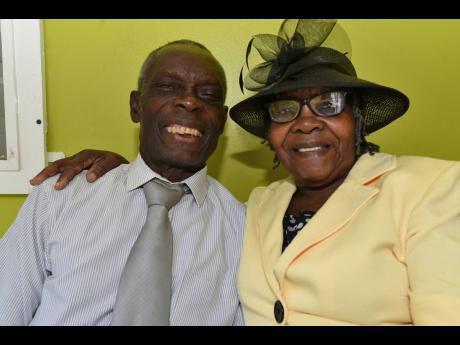 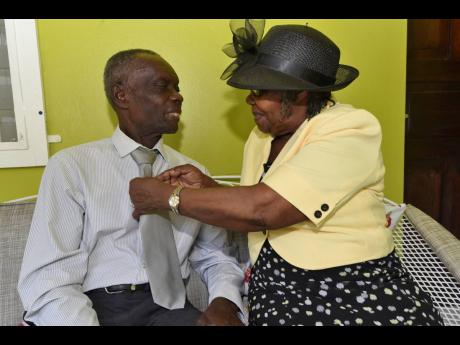 The couple, who have been married for 57 years, credit love for God and respect for each other as the key to their long union.
1
2

Back in 1963, Heron Williams became awestruck at the voice of a young woman named Beatrice, who was singing at a church event in Red Hills, St Andrew.

He mustered up the courage to speak to her and after courting for more than a year, asked her to be his wife. Last Sunday, the Williams celebrated 57 years of marriage. They described their love as pure and said that their marriage is centred around an unshakable faith in God.

"Once you are saved, then you live by the word of the Lord. You have to put your trust in the Lord because if it wasn't for Christ, this marriage wouldn't have lasted. We are both Christians and we live by God's words," said Heron, who grew up in Cacoon district in St James. Their union, which has produced five children, nine grandchildren and five great-grandchildren, has been exemplary for many in their community and church.

"I said 'Lord, if it is your will let it be done'. And that is what I keep praying and telling the Lord," said Heron, 82, as he recalled the first meeting. And the former supervisor at Tropical Batteries still has a child-like grin whenever he remembers.

"She was the most beautiful young woman I had seen and her voice was so amazing," he added, smiling. Beatrice, 77, who hails from Welcome district in Hanover, shares that she has never once regretted the decision to get married even when things got difficult over the years.

"I believe, as the word of God said 'when Christ is in the vessel, then we smile at the storms' because there were a lot of storms that could have deterred us. But with Christ we just stayed there and pray and ask the Lord to guide and protect us," she said. "I was just 20 years old when I got married and many of my friends said 'bwoy, me nah go into marriage so young'."

Beatrice admitted that even after Heron proposed, she took another six months to ensure that she was making the right decision. There was even some opposition to their union, especially because of her age.

"Even my mother when I said to her that I was going to get married, she say 'I don't know if you can manage married life at that tender age'. But I went into it with the love of the Lord and it was only Christ and the respect we have for each other that keeps us. When you have love that binds together and you pray earnestly to the Lord and live as a Christian, he will take you through," she said. The Williams who, after exchanging vows more than half-century ago, say they have not lost the sparkle.

"There is a saying that say 'the older the moon the brighter the glare'. I am happy that we have reached another milestone together. When you love someone, you married them and stick to each other until death do you part," Beatrice said.

"I encourage young men and women who are married, and who are about to get married, to put God first. If not you are going to fail. They should always remember to have these three things, love, respect and obedience. These things will help you through any storms," Heron said.