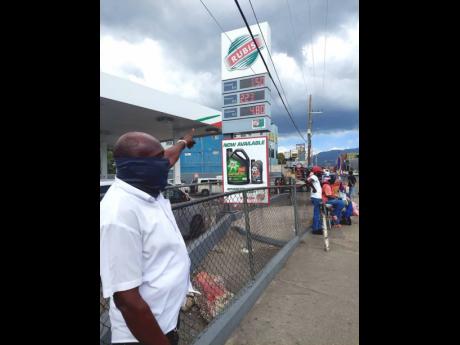 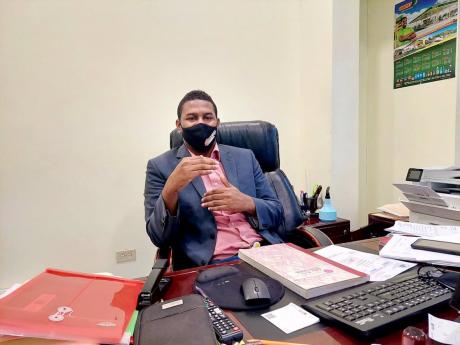 There are renewed calls for the Government of Jamaica to drop the tax on gas following the latest price increase.

Several private motorists and taxi operators within the Corporate Area believe that by removing the gas tax, even if temporarily, it would indicate that the Government is considering the well-being of citizens. One cabbie, Bamma, who plies the Half-Way Tree to Spanish Town route, said that he is very close to parking his motor car.

"Every week wi lose. Monday mi full the tank, mi spend $8,500 fi full it when it just deh pon half," he said, noting that two days later, he had to refill. Bad road conditions causing damage to his front end, which is an extra financial burden. Portmore, St Catherine resident Dwayne said he has been forced to park his vehicle and has been suffering immensely as a result.

"Di next problem is the transportation coming to and from work, cause Portmore transportation is the worst. If yuh miss one bus, yuh affi wait another two hours before another bus come and if yuh tek di taxi, yuh get one bagga bad driving all the way from Portmore to downtown [Kingston]. It better fi drive yuh vehicle, but mi cannot afford fi put everything inna gas like that," he said.

"Persons are complaining left, right and centre and it is absolute mayhem right now. Each week, I am listening to hear what the Government of Jamaica is going to do to protect the citizens from this hike. Remember now, people [gas station operators] have to put their mark-ups to pay their staff," said Andrew Porter, who is the group operations manager at United and Johnson Petroleum.

He told THE STAR that the entity owns its own land and trucks and deals directly with Petrojam; that allows it to sell fuel at a lower price than some of its competitors.

"[But] Their [customers'] purchasing power has been diminished because of all the other increases: rice, flour, chicken, which is 10 times since 2019. The customers say that when they come this week and purchase gas, the same amount of money they carry come back next week will give them less gas because, of course, the prices continue to go up. Them cuss, but dem still buy the gas," he said.