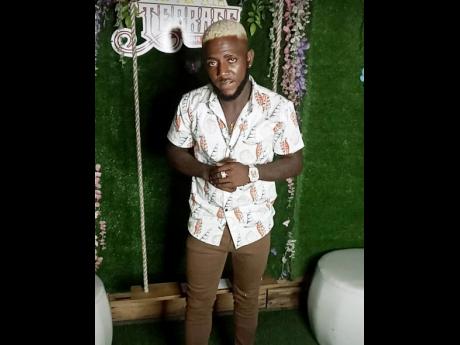 Relatives of Diego Edwards, the 29-year-old mattress maker who was gunned down last Saturday in Arnett Gardens, say that he was in the processing of migrating to Italy in May, to live with his girlfriend.

“A just last week his girlfriend sent the invitation letter and he was busy up and down sorting out his papers to leave, because he wanted to leave in May before his birthday in June. I actually don’t know how I am going to deal with this because I still haven’t come to terms as to what really happened,” a relative said. Reports are that Edwards was making mattresses when his attackers sneaked up behind him around 5:20 p.m. and shot him multiple times in the head and back. Another man, Carbal Thomas, was also shot and killed, while a third man was shot in his left hand as he ran for safety. It is believed that Edwards was targeted because of rumours.

“I just never expected this. Maybe if he was involved in things I would, but to know that he’s always getting blamed for things he knows nothing about just tear me up. He is someone who I know people didn’t like because he always speaks his mind,” said the relative. There are also serious concerns over the mental well-being of Edwards’ son, who the relative said has not been “his regular self” since the shooting. The child is set to begin grief counselling today.

“Normally, he is very jovial and up and about. But he has not slept since the incident. He is afraid to be by himself. We are so worried about his mental health because he is completely withdrawn now,” said the grieving relative when THE STAR visited the area yesterday. The relative said that, although Edwards was not a saint, he always wanted better for his son.

“They were close because all he had was his father and he tried to grow him to the best of his ability. He wanted to steer him different. He didn’t want his son to end up like him, so him always tell him fi be a leader and not a follower,” the relative said. When contacted by THE STAR, Senior Superintendent Michael Phipps, who heads the Kingston Western Police Division, said that his men have already identified suspects.

“We are asking for them to turn themselves in to us for an interview. The suspected men in the incident are known as ‘Bimbo’, ‘Boysie’, ‘Nokie’, ‘Soljie’ and ‘Bam Bam’. We need them to report to us by midday on Monday,” said Phipps, who added that the police will be increasing their presence to thwart any attempts at reprisals.