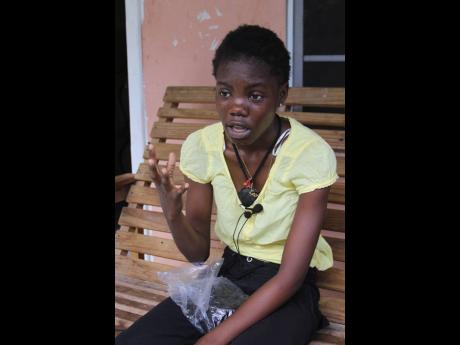 Attorney Isat Buchanan said that he is not surprised with the director of public prosecutions' (DPP) ruling in the case of his client Princess Nzinga King.

Yesterday, the DPP, Paula Llewellyn, recommended that the policewoman accused of trimming the Rastafarian teen while she was in lock-up at the Four Paths Police Station in Clarendon not face any criminal charges.

"I am not surprised by the DPP's ruling in the matter. Ms King maintains her position. She is still traumatised and as I take further instructions, we will seek justice at the civil court," he said. King was in lock-up after being arrested for disorderly conduct and for breaching the Disaster Risk Management Act, stemming from a June 2021 incident in a taxi park in May Pen, Clarendon. She appeared in the Clarendon Parish Court last Thursday to answer to the charge of failure to wear a mask in public. Buchanan described the ruling by the DPP as "very disheartening".

"But the best person to answer why it took eight months to come to a conclusion that the entire Jamaica knew that they would is a matter for them. It is affecting her and it is life. She has a trial before the parish court for not wearing a mask. She never heard of any other charge, and as to why she was even put in a cell is still a matter for getting disclosure to ascertain that," he said. The DPP cited inconsistencies in statements given by King in four statements recorded on July 27, August 3 and 4, and December 28, 2021. She also said that statements from King's schoolmates and persons who were in lock-up with her did not match hers. Persons alleged that King told them that she cut her dreadlocks because she saw what appeared to be fungus in her hair.

But Ras Ivi Tafari, head of Cutting Edge Cultural Inity, a Rastafarian group based in May Pen, believes otherwise. Tafari asserts that King family's principles are centred around the Rastafarian culture.

"This is certainly not justice. I know that the little girl didn't trim herself and the evidence was there and clear to see that she lost her locks while in jail. She couldn't pop those locks out her head without having injuries to her scalp," he argued. He also reasoned that King's mother would have been told that her daughter cut her locks when she went to bail her.

Llewellyn also concurred with the Independent Commission of Investigations that King should be afforded professional counselling and did not recommend an investigation to determine whether she had created public mischief.