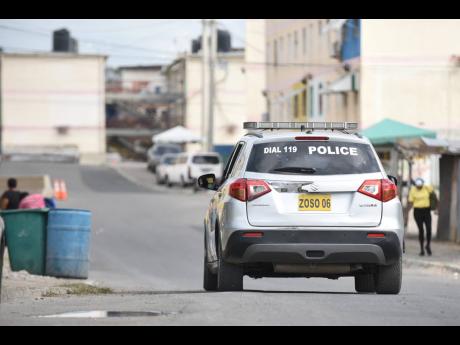 A police service vehicle patrols the west Kingston community of Denham Town where residents say that they want more programmes under the zone of special operations to engage the youth. 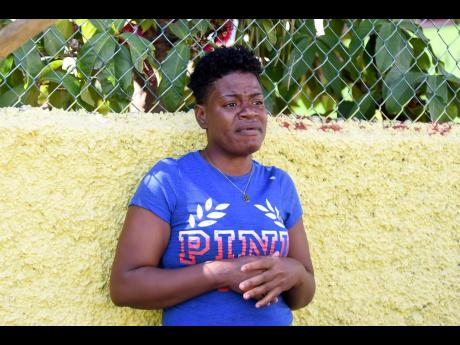 Kacy from Milk Lane in Denham Town speaks about the problems the community is facing.
1
2

Residents in Denham Town, Kingston, are calling for more intervention in their community almost five years after the Government declared the area a zone of special operations (ZOSO).

They say that while the removal of zinc fences has given them a sense of pride, it is nothing more than a drop in the bucket with more pertinent issues such as unemployment and education atop their wish list. Kacy, who lives on Milk Lane, said she believes that paving the streets and erecting walls will not bring many changes if nothing is done about unemployment and education.

"A lot of the youths dem idle during the days. And if yuh give dem work fi do, say like all fi mix cement, dem can do it the best. But if yuh ask them to write down the instructions as to how yuh mix cement dem cyah do it because most of dem cannot read and write," she said. "If the Government really wants to effect a positive change wid dis ZOSO, Andrew Holness need to come here and listen to what the youth dem have to say. Fixing the roads and building wall gates is good and everything but if yuh not providing sustainable work and implement programmes that can educate the youths, it nah go mek sense."

The 37-year-old vendor says that the presence of the security forces has helped to significantly reduce the violence in Denham Town, which has even hit her close to home.

"'Bout eight years ago mi lose a close friend to violence. Him just leave mi house and say him a go home go deal wid sumn and a right deso inna di square dem kill him. Mi did supposed to walk wid him, enuh, but tru mi turn back inna mi house fi sumn, mi never get caught up inna it. Every day mi have flashbacks about it, and the violence won't stop if di youths dem no have any hope for the future," she said. However residents say the improvements to infrastructure have made a difference.

Sandreen Easy, 35, said that while growing up, she was constantly exposed to violence, and feared that when her home was surrounded by sheets of zinc, she feared that stray bullets would pierce them and hit innocent residents.

"Although the wall don't necessarily mean I am 100 per cent secure, it gives me a different feeling. So, for instance, when mi did have up the zinc fence, gunmen could easily mash dung it and walk through the place," she added.

In October 2017, the crime-torn Denham Town community was declared a ZOSO. The aim of the measure is to first clear troubled communities of the thugs wreaking havoc in the zone, making way for agents of the State to move in and provide well-needed social intervention and crucial government services for upliftment.

The Jamaica Social Investment Fund (JSIF) is one of the chief government bodies tasked with implementing these measures in the targeted areas. JSIF has reported that it has spent more than J$100 million on several infrastructure development projects in the community. These projects include the rehabilitation of the Denham Town Police Station, the expansion of the Regent Street Seventh-day Adventist Early Childhood Development School, the rehabilitation of three parks and green spaces, as well as paving of roads.