Doctor encourages men with erectile dysfunction to get tested 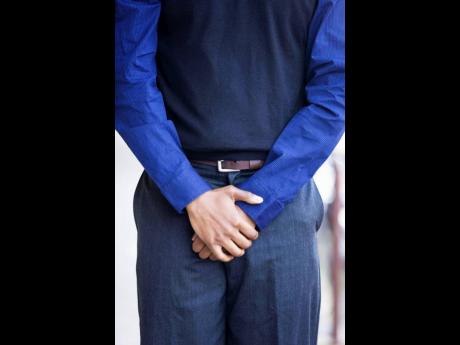 Stem cell researcher Dr Janice Simmonds-Fisher is warning Jamaican men not to settle for over-the-counter drugs to treat their erectile dysfunction (ED) as, dependent on the cause of the condition, they may not be doing themselves any good.

"Unfortunately, a lot of men don't really go to the doctor. They just treat ED with something from the drug store rather than actually coming in and seeing if there is a larger issue because often it can be a symptom of something like heart disease or diabetes or something more dangerous." Simmonds-Fisher said that there are three types of ED.

"There is the vascular ED, there is the ED from hormonal causes and there are nerve-related causes. For the vascular cases, we're talking about just aging, high blood pressure, diabetes, heart disease, high cholesterol, smoking, alcohol, sickle-cell disease. Eighty per cent of the time it is a problem with the circulation."

Simmonds-Fisher, who heads BIOregeneration Integration Medical Centre, says that one of its devices, the ED1000, is suited for men suffering from ED as a result of poor circulation. According to Simmonds-Fisher, it is estimated that about 50 per cent of men over 50 in Jamaica suffer from some form of ED and are more often than not, too ashamed to seek help.

"It is three times as common in diabetics than any other situation. So most of the patients that come in we find are diabetic but we do see across the board. Because erectile dysfunction increases with age, most of our patients are over 50 but we do see men from as young as 18 to as old as 80," she said.

A marketing representative from the medical centre also told THE STAR that they are expecting an increase in patients around holiday seasons.

"The demand is extremely high. When we run social media ads, we'll get like 300 and something persons messaging the page," the person said, adding that some men are interested in 'blue pill-like' supplements to give them a one-time use.

"A lot of men come in and they want maybe a supplement that will help them on the day (Valentine's Day). They can take it maybe 30 minutes before 'that' event. Or they just wanna do a check-up and wanna do the treatment. During Christmas, we saw a significant increase in persons coming in to do their consults and also wanting to do the treatment," the rep said.