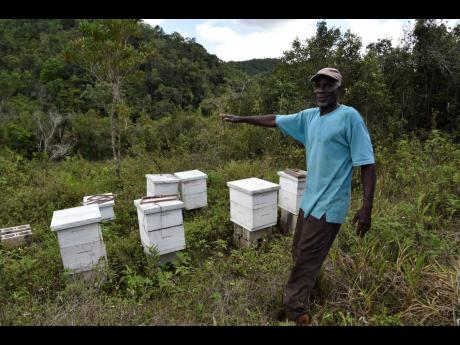 Raphael Foster says that he would love to get more boxes for his Linton Park, St Ann honey farm. 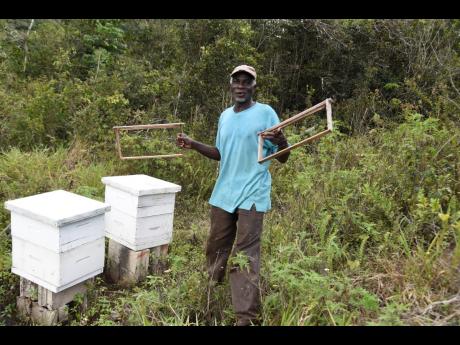 Foster says that beekeeping not only benefits him but also the community, as bees play an important part in pollination. 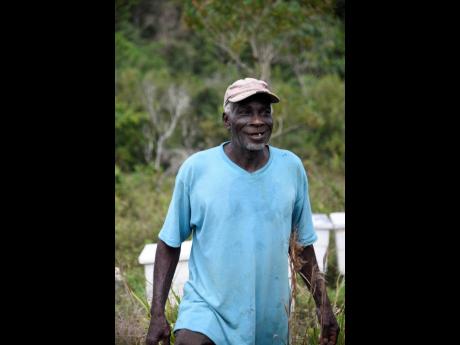 Raphael Foster said that ever since he was stung by bees as a teenager, he has had an affinity for them.
1
2
3

Foster says that he was about 16 years old when he started working with a bee farmer and recalls the day he literally felt the 'sting'.

"I nah forget the day when I went to work. I usually work before and they [the bees] never bother me but that special day now, maybe is my fault for misbehaving and not knowing, but the bees say 'No you shouldn't come'. And them start beat me up. And by the time it reach about 10 o'clock the night, mi foot and ankle was like this swollen," he said, holding his hands about a foot apart. "And I have to ride a donkey go home the night, mi couldn't walk."

From that day onward, he has had the greatest admiration for the creatures. Originally from St Elizabeth, the St Ann-based Foster says even though his heart has always been with the bees, he only recently got the chance to make his dreams a reality.

"Migrating from St Elizabeth to Kingston and all around, I start travelling on the farm work [programme]. But I'm getting old now, so I settled down and me say alright, let me get back into it because it keep me occupied," he said.

Just two years ago, Foster's dreams came true when he and seven other individuals were given $4.5 million collectively by Food for The Poor, through the Social Development Commission, to get their bee-farming dreams off the ground. Since then, Foster has started Cockpit Country Honey Farm where he spends his days tending to his bees. He currently has 14 boxes of bees, with 10 additional ones on the way.

"If I could, I would be looking at 1,000 boxes of bees. That way I could maybe ship two, even three barrels of honey," he said. "I could have me a couple pounds of bees wax for market. We'd also have the bee pollen. There is a little mesh thing that you put in the box. We call it a pollen snatcher and when the bees come in with the pollen, it draws off on it. We'd take that out because there's also a market for that. And we'd get a market for the honey and also for the propolis [a red or brown resinous substance collected by honeybees from tree buds]."

While many would be afraid to work with the feisty bees, Foster says they are harmless.

"A bee come and flying around you, you know why the bee get aggressive? Because you start bat after the bee. No, don't hurt them. Bees and trees, they are the ones that keep us alive. For without the bees pollinating the trees, there wouldn't be any fruit," he said. "A few sting nah do you anything because the venom is good for you. It's almost like an antibiotic."

Satisfied with living out his days on his farm in Linton Park, Foster says he would encourage any young person to take up bee farming.

"I would tell them the first opportunity they get, go at it, and put their all into it. Because if they show interest in it and take care of it and they are lucky, trust me, in 10 years they can be millionaires, even starting with one box," he said.