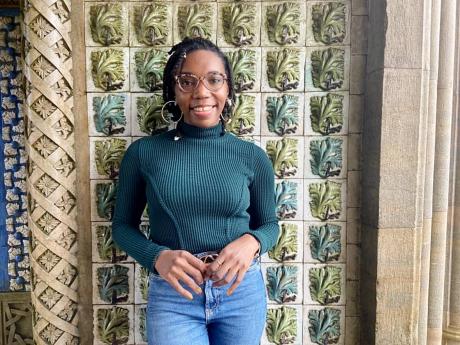 As Reggae Month celebrations got under way locally yesterday, Jamaicans abroad are not feeling the positive vibrations.

Jamaican reggae lover Rashida Grant, 27, says celebrating reggae in the wintry climes of France is definitely not as irie as in 'Jamdung'. Grant, who usually spends Reggae Month attending a number of events in honour of the beloved music genre, says while the French do have a love for reggae, she hasn't seen any of the celebrations to which she has become accustomed.

"In the past, February was jam-packed with concerts and free events to highlight the music and the reggae roots of Jamaica and I had to be at every one of them," she told THE STAR. "There is reggae music everywhere but it's not currently concert or touring season, so I haven't experienced that."

February was officially declared Reggae Month in January 2008. In a ceremony at King's House, then Prime Minister Bruce Golding noted the importance of reggae music to Jamaica's international identity. He said, "The music has served to clearly and definitively distinguish Jamaica from the rest of the world, and Jamaicans could be proud of the fact that reggae is what has given the country global recognition."

Grant says her devotion to Reggae Month stems from her love for the music as a whole.

"I love Reggae Month because it's a whole month dedicated to my favourite genre of music," she said. "I miss the live reggae music events. There is nothing sweeter than [the sounds of] a live band echoing through Emancipation Park and feeling the music in your soul."

While the celebrations will have to be a mostly online affair for the second consecutive year due to the novel coronavirus still gripping Jamaica, Grant says she has plans to tune in to as many events as she can regardless of the six-hour time difference between Jamaica and France.

"I'll still be commemorating Reggae Month abroad. I will be playing the music more so than normal and trying to tune in to some of the livestream concerts available to me," she said.