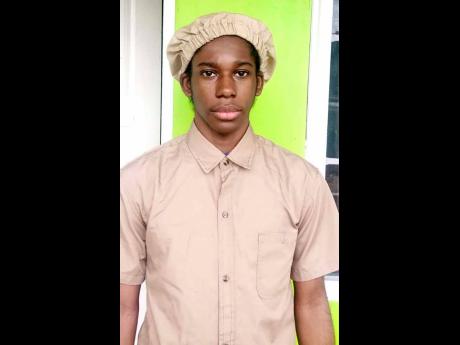 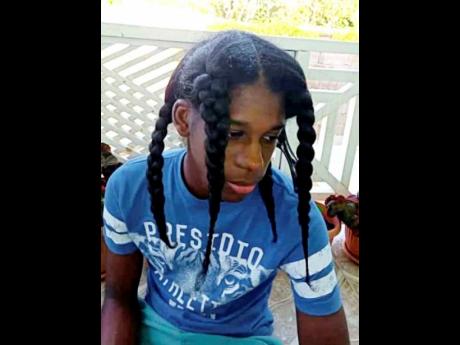 Principal of the William Knibb Memorial High School, Linvern Wright, is standing by his decision to bar a male student with plaited hair from attending face-to-face school.

The boy's mother, Keddesha James, has asserted that he is a Rastafarian, and accused the school of discrimination. Wright has told her to cut it or lock it, but she said that those options are unpalatable.

The boy, Ajeani, who is 15, has been attending the Trelawny-based institution since 2018, after being successful in his Grade Six Achievement Test, the then exit exams for primary schools.

"The previous principal said boys who have hair should wear head covering, which he did," James said.

She said that after Wright took over in 2020, he enquired of her why her son was wearing head covering.

"I told him, 'religious reason' ... but the principal told us he was not convinced that we are of Rastafarian faith because we don't lock our hair. I replied by saying, 'You don't have to dread to be a Rasta,'" James said.

The principal, however, said that he has no problem admitting Rastafarians in the school, but would not be opening the doors to boys sporting plaited hairstyles.

"I have a policy that say if you are Rastafarian you can flash your locks, no tam needed," the principal said.

He told THE STAR that several boys sought to take advantage of the policy by hiding their plaited hair under their tams.

"I had about 13 or so students who had their hair covered, but I found [out that] they were tricking the school, because it was plaited. They weren't Rastafarians," Wright said.

He said that the boys were told to cut their hair, and they complied.

In the case of James' son, Wright said that his hair is plaited, and to allow him to attend face-to-face classes would not only be unfair to the other students who had to cut their hair, but would also run afoul of their school's policy.

"She's insisting that he is Rastafarian, and in fact, she got a letter [from a Rastafarian group]. But all I said to her was just lock it (the hair) and send the child to school," Wright said.

James told THE STAR that the issue is affecting her son. She said that she is "willing to negotiate" with the school, because she knows that the situation is having "a psychological effect on him".

"During the days when I'm not at work, he's still stuck in his room; he closes the door; barely eats; he's not communicating with anybody. When you ask him what is the problem, he says, 'I am fine, I'm fine. If they don't want me at William Knibb I can go to another school,'" the mother said.

She added that her son has told her that his immediate concern is to complete his school-based assessment projects, which represent a significant chunk of marks in the Caribbean Secondary Education Certificate examinations.

"When I said to him that the principal is suggesting that you cut your hair, he said to me, 'Mommy, clearly I am not going to cut my hair. I don't want my hair to cut. Everybody sees clearly that I am a boy, I know that I am a boy, and I don't see where my hair affects my learning,'" the mother said.

The school, meanwhile, said that the solution is simple - cut it or lock it.

"There's a court case that came out the other day, the Kensington [Primary] case ... . Somebody can't just come and say they want to do as they like; they declare themselves [as to]what is what after the fact. That is not declared to us before, and now that she has declared it after the fact, all we say is just lock. All the children who lock and come are fine with that," Wright said.

He reasoned that to do otherwise would mean opening up "a can of worms that anybody can just come and do whatever".