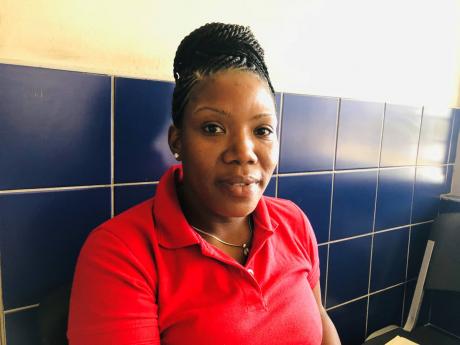 Joan Ross wishes to find her sister, Marlene McClean, who was left at her grandmother’s house when was five years old.

After 10 years of searching, 38-year-old Joan Ross is not giving up hope in the search for her older sister, Marlene McLean, who she has never met.

Ross, who currently resides in Waterhouse, St Andrew, says that while she knows very little about McLean, that has never stopped her from missing her.

"You see before I wasn't so interested. But you see now, it feel like something missing. Mi feel like me woulda love fi see har, how she look," she said. McClean was left by her mother, Joan Cole, at her paternal grandmother's house when she was five years old.

While Ross does not know what year this took place, based on the dates Ross gave THE STAR, this would have happened sometime around 1979. The only other information Ross says she has on her missing sister is that her father, Cecil McLean, used to be a taxi driver in the Old Harbour area around the time young Marlene was lost.

"I don't even know what she would look like. My mother only tell me say she used have tall, pretty hair and she was brown, like fair complexion," she said. "We went on Susan [ The Susan Show on TVJ], me and my twin. We don't get no success. She call Sunday Contact [on Radio Jamaica 94 FM], she don't get any success so me just say mek me try THE STAR."

Ross says her hope was rejuvenated after seeing other sisters reunited following publication in this newspaper.

"I read in the paper that a lady was searching for her sister. She was searching all this time and she put it in THE STAR and she find har. I read it when she was looking for her and I read it when she find har, so I'm trying my luck cause maybe mi can find Marlene," she said. "I wish God woulda just even work a miracle for me to just see har. I know that maybe she have children. I want to know my nieces and nephews if she have any. I would just love to know har as a sister."