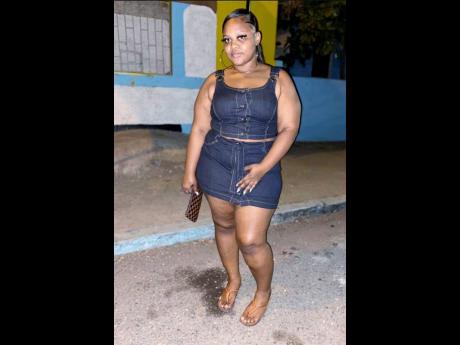 Wayne Kerr, whose daughter Brianna and a man named Derrick Coley were killed under mysterious circumstances on December 3 along Mountain View Avenue, in Kingston, is furious that after 50 days, he is yet to hear from the police.

"Only thing I have gotten from them is the burial order, but nothing where the investigation is concerned. I spoke with INDECOM [Independent Commission of Investigations] who have the matter. I spoke to the investigating officer from there but they also say that they don't have anything. They said they have tried reaching out to JamaicaEYE to see if they can get anything, but nothing," a frustrated Kerr said.

An autopsy yesterday showed that Brianna died as a result of blunt trauma to the head and torso. But the police's Corporate Communications Unit (CCU), in a statement the day after the incident, said that Kerr was shot and killed by unknown assailants around 10:40 p.m. However, a subsequent report stated that the police were summoned by residents after the bodies of both deceased were discovered along the roadway. An alleged eyewitness maintains that Brianna and Coley were hit from the motorcycle on which they were travelling by police who allegedly chased them from Dominica Drive in New Kingston. This, according to the individual, occurred sometime after 1 a.m. December 4. Kerr said that the entire ordeal is tearing him apart and he has faced many sleepless nights.

"Me tormented. This is like a horror movie. Brittany (Brianna's sister), she a carry a burden weh no normal because she lose har mother recently and now she lose har only sister. Dem have two younger brothers weh rip up also because she was like the mother to them and fi dem father did dead too," he said.

But commanding officer for the East Kingston Police Division, Senior Superintendent Tomilee Chambers, said that the traffic officer who has the case informed her that he last spoke to Kerr on Monday and said that he has been in dialogue with him.

"He also has been trying to get the motorcycle that was involved but up till now that motorcycle can't come forward. What he has received is that some persons in the area have confiscated the motorcycle and are not willing to hand it over to the police. I think sometime in January, he received some photograph of a scraped motorcycle to say that is the motorcycle involved. It was sent to my sergeant by the alleged person who said they witnessed what happened," she said.

Chambers also said that the police collected a statement from a person who said cops drove past him at the National Stadium.

"In his statement, at no time he said that he witnessed when the police hit the motorcycle or any involvement with the motorcycle and the police," she said. Chambers also said that after the incident occurred, in the morning she received a report of a fatal accident that occurred at 2 a.m.

"During the course of the day, I don't know where or who or how the family get this information to say that it was gunshot. However, an entry at the Kingston Public Hospital police post say that a doctor came to the post and say that at no time it was reported to her that the body of Brianna was a gunshot victim."