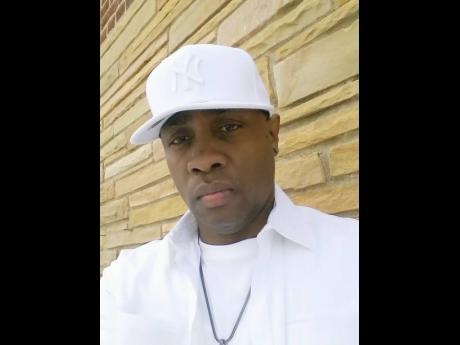 Dancehall artiste and prolific songwriter Frankie Sly is so appalled at Jamaica's high murder rate that he has penned a song which speaks directly to it.

The working title of the Cassette Jones production says it all - A Couldn't Jamaica This.

"Every day we get up and go on STAR and Gleaner and Observer and all we can see is murder. We in the diaspora a look on it and a seh 'Bwoy, Jamaica get a way'. It is not a good look. I wrote this song from November last year and, imagine, we start off the new year in an even worse way. Can you imagine 72 people killed in 15 days? The bloodshed has to stop," Frankie Sly said passionately.

The Wah Wah singer just wants the message to get out there and reach the right ears. "This song is from the depths ... the core of my soul. How can you cut a nine-year-old's throat? Can you imagine a cult in Jamaica and a man a sacrifice another human being? No man, a couldn't Jamaica dis," he said.

Recorded on the classic Gigi rhythm, Frankie Sly said that how things unfolded was an indication that this song was meant to be.

"From I was writing it, I heard the Gigi. So I called Max Glazer and asked him to send me the latest version. Then Wayne [Wonder] send me a song on the Gigi, but I had never heard that cut before. It was such a coincidence. I asked Wayne to send me the riddim and I voiced the song on it as a dub and sent it to Snakey, the baddest engineer from Penthouse days. He told me that 'This is a certified # 1'. So we balance it up and put on some ad libs and sent it to three people whose opinion I value, and they all said the same thing, the song bad," he recalled.

Wayne Wonder directed him to Delly Ranks, who had the link to Cassette Jones but, though he loved the message, he already had 16 songs on the rhythm and had locked off the project. Still, he encouraged Frankie Sly to "gwaan do what yuh doing".

Frankie Sly started sending out the song via social media and it has gained so much traction that it will be officially released as part of the original project.

The entertainer, who now resides in the US, made his professional recording debut in 1993 with the songs Grab it Up and Six Six, and eventually carved out his space which saw him writing songs for dancehall's elite and touring with Buju Banton, Wayne Wonder and Baby Cham.

"The first producers to give me a chance professionally were John John and Winston 'Wee Pow' Powell. I have worked with other top producers such as Dave Kelly, who I call the greatest dancehall producer, Donovan Germain of Penthouse, Steely and Clevie, Bobby Digital and Shocking Vibes," he shared.

"I still do shows, dubplates and a fair amount of recordings, but when you are not in Jamaica it is even harder for you to get airplay," Frankie Sly explained.

Quizzed about the lyrics from the younger artistes, he noted, "When we were coming up, we do a whole heap of rude bwoy songs, but we leave some things to the imagination. Now dem youth yah just bawl it out, what dem a go do wid the gal dem dung inna dem throat."