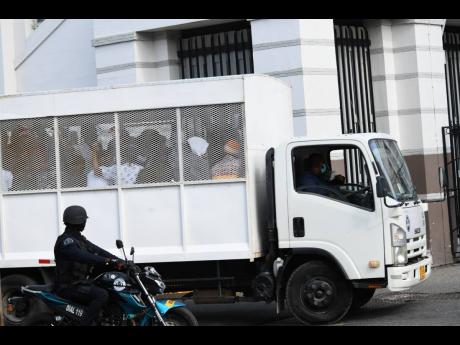 The chief investigator in the Clansman-One Don Gang case yesterday recalled that when he first saw reputed leader Andre 'Blackman' Bryan he was shocked by his appearance.

"Looking at his structure, I was saying a yuh a di don fi Jones Avenue," he said of Bryan, who is of a slender build and medium height.

The detective sergeant testified in the Home Circuit Court that he spoke to Bryan casually outside his Kingston apartment in 2018, after the police had swooped down on him.

The witness testified that the police had arrested Bryan's mother, Milicent Brown, his brother Kevaughn Green, and his girlfriend, Alicia Brown. The cop also testified that about a year later when he went to charge Bryan at the Kingston Central Police Station, the defendant immediately recognised him.

However, the witness, who smiled at the memory which elicited laughter from the court, said he had informed Bryan that he was doing a gang investigation and he was a suspect. He said that Bryan, who was charged with leadership of a criminal organisation and being part of a criminal organisation, when cautioned, did not comment. Bryan and his brother were among nine defendants who were identified yesterday in court by the witness as persons he had charged.

The witness, who began identifying the defendants on Monday, has so far pointed out 27 of the 33 defendants who are on trial.